Dan Sur, who hopes ‘not everyone follows me’, wanted to do something different 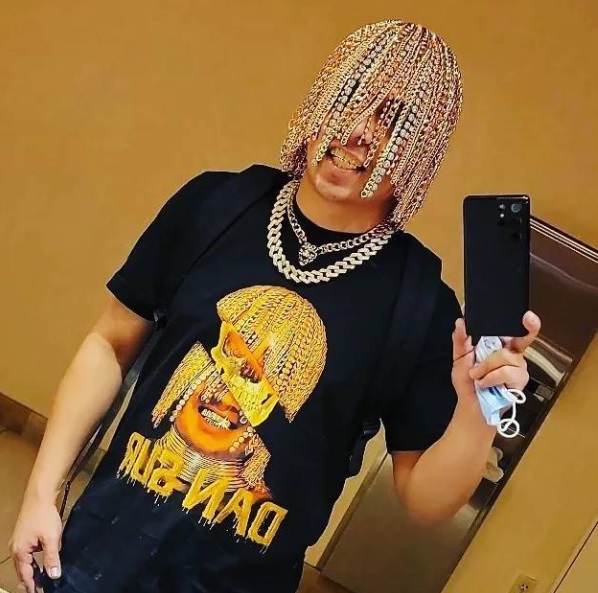 A bid to look different or gain attention—call it anything— but 23-year-old Mexican rapper Dam Sur has taken bizarre to the next level! He got gold chain hooks surgically implanted into his scalp.

Dam underwent the surgery in April this year and since then his Instagram is filled with images and videos flaunting is ‘golden hair’.

In one of the TikTok videos, rocking his assortment of gold chains on the head, he says, “The truth is that I wanted to do something different because I see these days everyone dyes their hair differently. Now, I hope not everyone starts following me.” Sur stated that he wanted to look like he had just come out of a jewellery store.

Speaking about his hair locks, the rapper in another video clip says, “I have it as a hook that is implanted in my head and that hook has hooks and they are all hooked in my skull, under my skin.”

Take a look at one of his posts where he is showing off his new ‘hairstyle’ while eating pizza:

His obsession with gold is endless as even his teeth are encased in the yellow metal in some of the posts. It doesn’t stop here, in some of these videos and pictures, he has a string of gold bars around the neck. 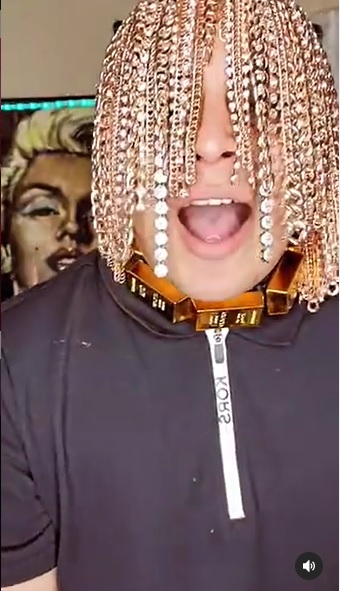 As reported by New York Post, Dan Sur is a rapper by profession and has claimed to be the first rapper in human history to have gold chains as his hair. Sur has been showing off his bizarre new headpiece on the streaming platform TikTok. It seems his new look his doing wonders for him. From 12,000, now his following on TikTok has grown to 2 million and even his Instagram has tens of thousands more followers.

Some say that Sur was inspired by rapper Lil Uzi Vert, who went viral earlier this year when he hyped spending $24 million on a “natural” pink diamond he had embedded into his forehead.