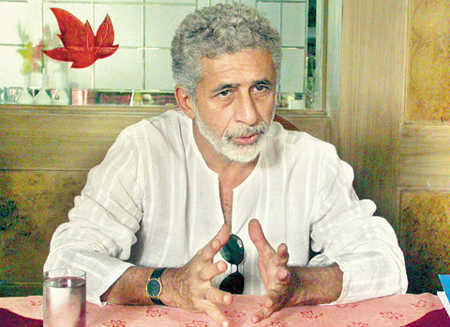 Veteran actor Naseeruddin Shah believes the debate around the sudden death of Sushant Singh Rajput is turning more and more juvenile every day.

In conversation with Anupama Chopra of Film Companion, Naseeruddin said he hoped people would let Sushant rest in peace.

When asked if he thinks the debate would bring about any real change, Naseer said: “One can only hope for that though the level of the debate is getting more and more juvenile and I see it as completely unnecessary. Why are we washing our dirty underwear in public? Why are actors who have been content now complaining they are not on posters? Why are actors who didn’t get a certain film complaining they didn’t get it? They didn’t get it. There are so many actors who didn’t get it. If everyone of us starts enumerating out complaints, the film industry will seem like the worst place on earth. And I daresay that is true of any industry. First of all I hope this poor Sushant is laid to rest and people just leave him alone.”

Naseer was perhaps talking about actor Deepak Dobriyal who recently shared the posters of all the movies he was in but didn’t find a place on the posters.

“I was in this too. I will live like this, without any complaints. Just one request, I am content with working stills. Next time you tag me, please use a working still. Thank you),” he wrote in his caption.

Talking about the hopes he has from films arriving on OTT due to the coronavirus pandemic, Naseer said it would end the culture of celebrating mediocre blockbusters. “And my hope is that people will realise the futility of block-busting, seeti inducing applause inducing, coin throwing kind of movies because that is probably not going to happen anymore. It’s going to be very interesting to see what kind of reaction a Salman Khan film gets on the OTT platform? People watching alone at home, will they still throw coins at the screen? No they wont. It’s a fever that infects everybody,” he said.

Naseer will be seen next in Amazon Prime Series, Bandish Bandits. He plays a classical singer in the show which releases on August 4.