The reception is set for October 26 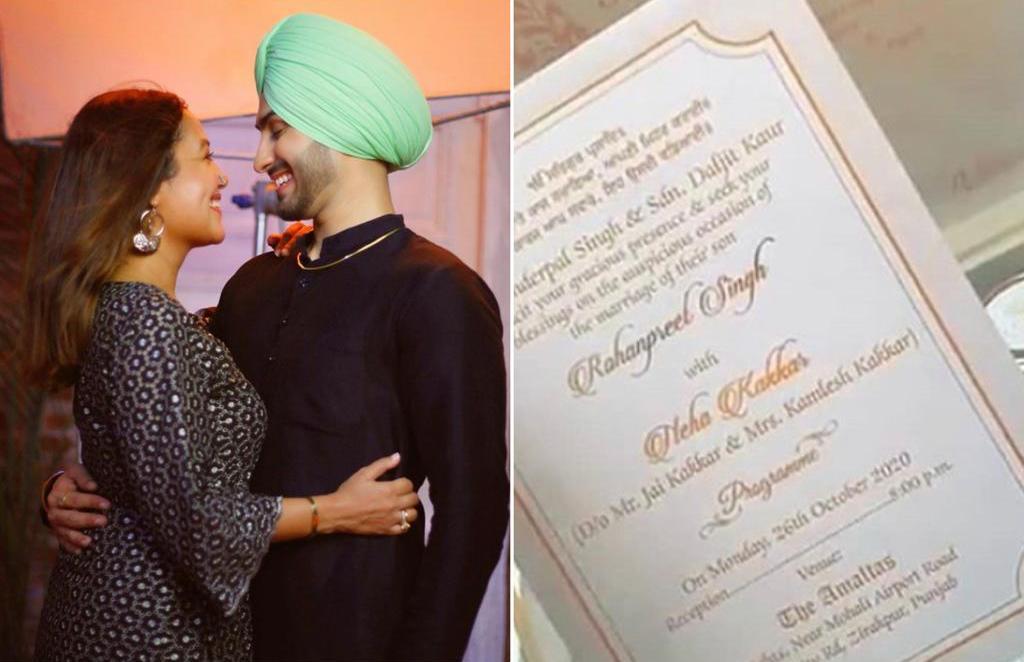 The wedding invitation of singers Neha Kakkar and Rohanpreet Singh has been leaked online.

Speculations around their wedding have been doing rounds for a while now. And the singers have only been adding fuel to the fire.

The invite revealed that reception is set for October 26. The venue is The Amaltas, near Mohali in Punjab.

Neha and Rohanpreet have been keeping their fans on their toes. Recently, #NehuPreet made it Instagram official. Neha introduced Rohanpreet as 'mine' in a post.

In another post, she suggested that sparks flew between them instantly. Sharing a picture with him, she wrote: “Jab we met!”@rohanpreetsingh #LoveAtFirstSight #NehuDaVyah #NehuPreet.”