The man tasted Lamb Vindaloo, a Goan dish, for the first time in his life after his wife took him to an Indian restaurant 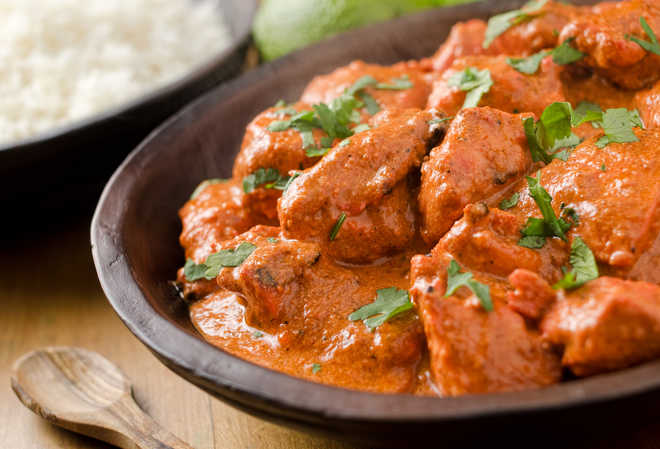 Indian food has left an indelible mark across the world due to its simplicity and unique flavours. You will find Indian food at almost all the major cities of the world.

A video of a Nigerian man trying Indian food for the first time in his life has gone viral.

The man tasted Lamb Vindaloo, a Goan dish, for the first time in his life after his wife took him to an Indian restaurant.

The video begins with a digital content creator pair — Taccara Rae and Lamboginny — arriving at the restaurant for what they call an “Indian food test”. They are curious to know if the dish they order will be “a hit or a miss”.

When the waiter arrives with the plate of Lamb Vindaloo, the man tells him outright that he won’t pay for the food if it doesn’t taste “sweet”. The waiter tells him it will taste spicy.

Lamboginny takes the first bite, and pauses as the flavours explode in his mouth. Realising it’s on the spicier side, he turns his cap around and hands over his sling bag to his wife to be able to enjoy the food. He even moves closer to a pedestal fan to keep from sweating while eating.

After some time, he asks the waiter for more rice to mop up the gravy. He even orders two plates of takeaway. Taccara filmed the entire video and can be heard laughing at her husband’s reaction to the food.

Towards the end of the video, Lamboginny declares “India has done me good”. The video, posted on Instagram nearly a fortnight ago, is captioned: “Hubby finally tries Indian food”.