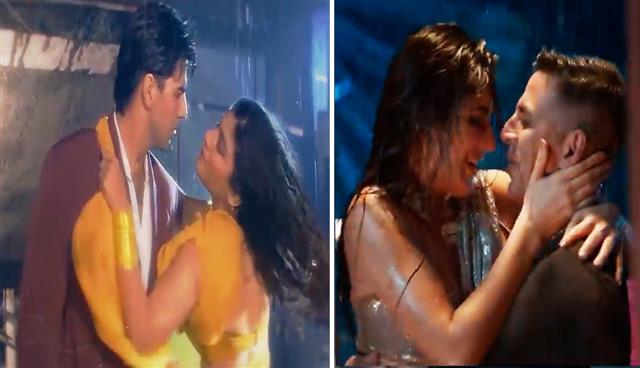 Bollywood star Kangana Ranaut made her digital debut as host of the reality show 'Lock Upp' late on Sunday night.

Popular Bollywood actress Raveena Tandon, who recently made her OTT debut with the web series 'Aranyak', appeared as a special invitee and heard Kangana explain to her the concept of the show.

Kangana while interacting with Raveena, told her that no one can match up to her version of the popular song “tip tip barsa paani”. Raveena had performed to the track in her film ‘Mohra’ with Akshay Kumar.

The comment, somehow, is seen as a subtle dig at Katrina Kaif's remix of the song in the film Sooryavanshi.

'Lock Upp' will have 13 popular celebrity contestants locked up in Kangana Ranaut's 'jail' for 72 days, wherein they will compete for the most basic amenities as they fight for the winner's title. The inmates will include Nisha Rawal, Munawar Faruqui, Poonam Pandey, Karanvir Bohra and Babita Phogat.