On papa Shatrughan Sinha's birthday, Sonakshi Sinha is a proud daughter who wants to make him proud : The Tribune India

On papa Shatrughan Sinha's birthday, Sonakshi Sinha is a proud daughter who wants to make him proud

Sonakshi SInha shares a special picture with her father 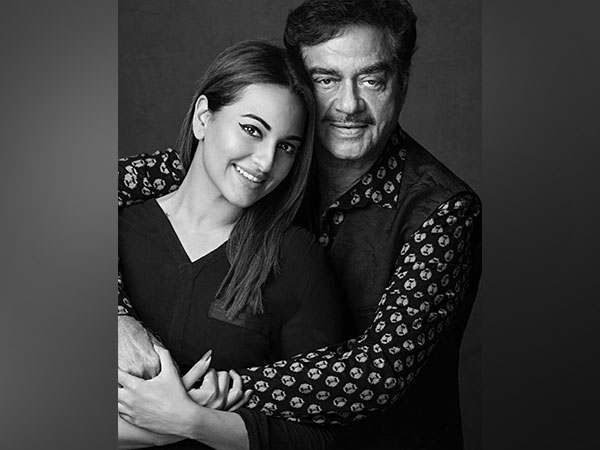 Actor Shatrughan Sinha who is known for his iconic dialogue 'Khamosh' turned a year older on Friday. To mark this special occasion, the veteran actor's daughter Sonakshi dropped a sweet birthday wish.

Taking to Instagram, the 'Dabangg' actor shared a picture featuring his dad and herself.

Sharing the "Happy birthday Papa! Always proud of you, and will always make you proud."

In the monochrome picture, Sonakshi was seen holding his dad's hand at an award function while Shatrughan was facing the audience with his one hand open.

Shatrughan Prasad Sinha, an Indian film actor, and politician was a member of Lok Sabha from Patna Sahib and Rajya Sabha. He has also served as a Union Cabinet Minister of Health and Family Welfare and Shipping in the Atal Bihari Vajpayee government.

Sinha has also served as a member of the standing committee on transport, tourism and been a cultured member of the consultative committee in the ministry of external affairs and overseas Indian affairs from 2014-2019. In 2016, he also launched his biography, entitled 'Anything but Khamosh'.

Shatrughan Sinha has done over 100 films in his career. 'Kalicharan', 'Dostana', 'Jaani Dushman', and 'Khudgarz' are some of his memorable movies.

Meanwhile, Sonakshi was recently seen in 'Double XL', a humorous and heartwarming whirlwind adventure into the hearts of two plus-sized women, as they navigate through a society that frequently associates a woman's attractiveness or beauty with her size.The film which also redefined the way 'attractiveness' and 'self-worth' is measured.

She will soon be marking her OTT debut with Amazon prime video's upcoming series 'Fallen' in which she plays the role of a cop for the first time in her career. The series will stream later this year.