The movie to release in cinemas on October 14 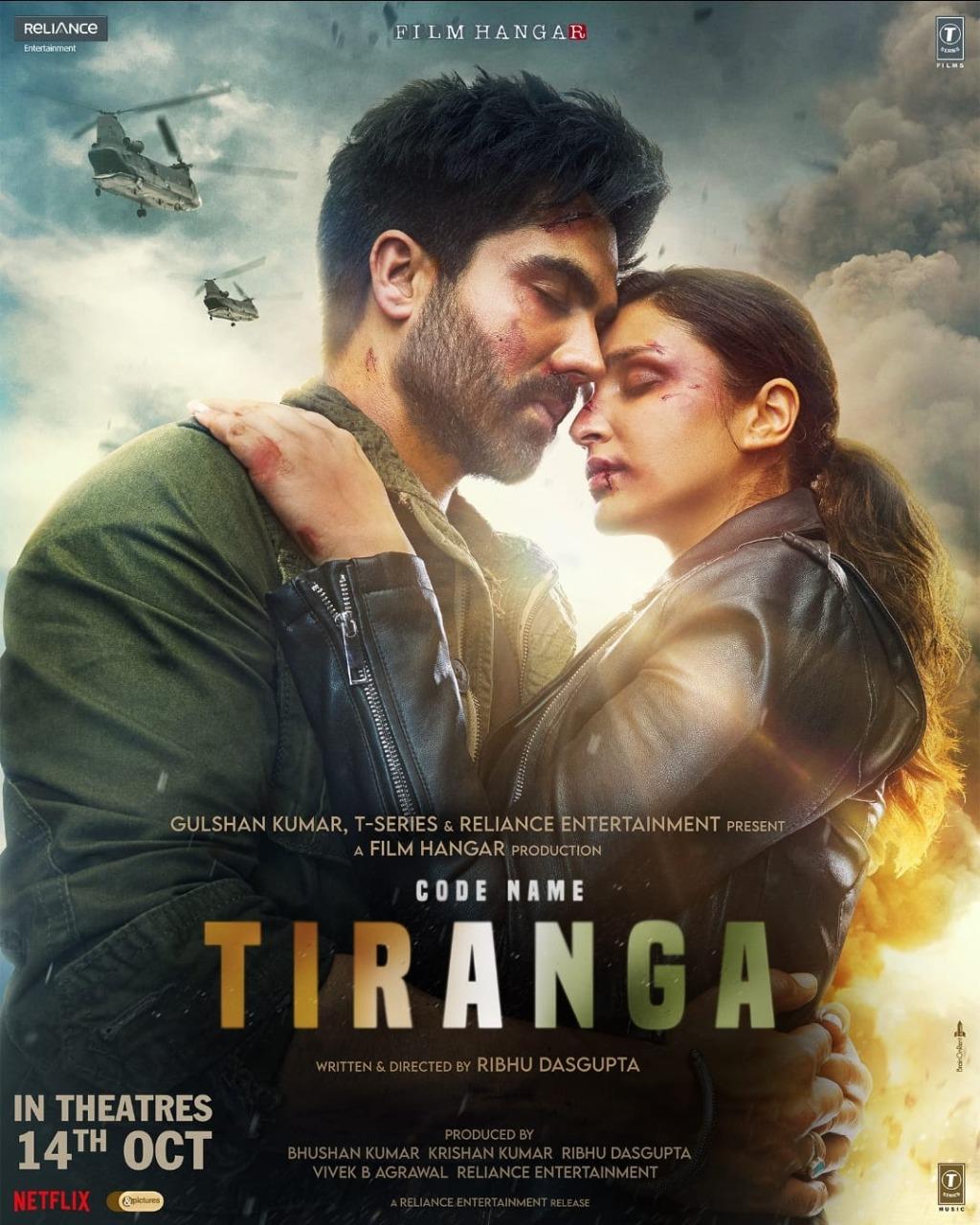 A poster of 'Code Name: Tiranga'.

T-Series, Reliance Entertainment, Film Hangar and filmmaker Ribhu Dasgupta are all set to release 'Code Name: Tiranga' on the big screen on October 14.

An espionage action thriller, 'Code Name: Tiranga' is the story of a spy on an unfaltering and fearless mission for her nation in a race against time where sacrifice is her only choice.

Parineeti Chopra will play a RAW agent who is on an exhilarating journey across many countries. She shared her first look from the film on social media. Take a look:

Harrdy Sandhu, who is an established and sought-after singer, will surprise the audience by his acting prowess in the film.

Looking forward to his next film to hit the big screens, Ribhu Dasgupta, said: "I am glad to announce my next film 'Code Name: Tiranga', set to release in cinemas this October 14. I hope the audiences enjoy this action entertainer which talks about a soldier's sacrifice in the line of duty for her nation." IANS