Prajakta Koli: ‘This nomination a win in itself’ 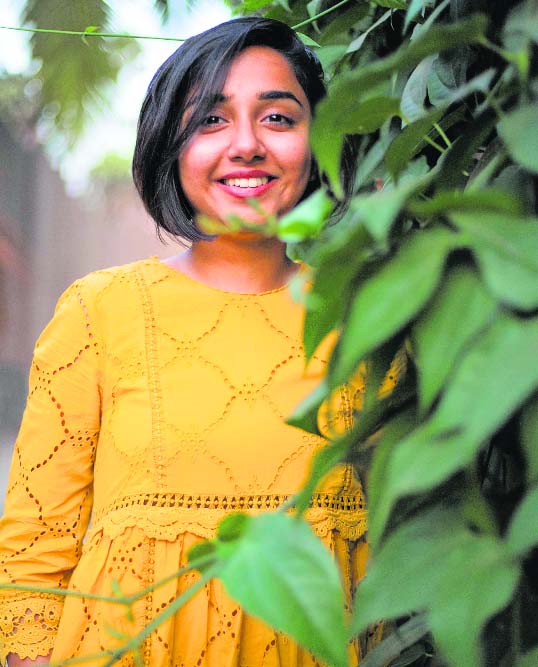 Actress Prajakta Koli, who is part of the YouTube documentary Creators For Change, is thrilled that the project has been nominated under the category of Outstanding Daytime Non-Fiction Special at the 48th annual Daytime Emmy Awards.

Actress Prajakta Koli, who is part of the YouTube documentary Creators For Change, is thrilled that the project has been nominated under the category of Outstanding Daytime Non-Fiction Special at the 48th annual Daytime Emmy Awards.

The documentary focuses on Michelle Obama in conversation with Prajakta, Liza Koshy and Thembe Mahlaba. It tracks the experiences of adolescent girls in Vietnam, India and Namibia and their journey in overcoming adversity to pursue education.

“This news is unbelievable. The Emmys are such prestigious awards. Being nominated for a project this special is a win in itself. Big hugs to YouTube and Michelle Obama for giving me the opportunity of being a part of something so amazing,” Prajakta says.

Besides this, her short film, Khayali Pulao is being screened at the New York Indian Film Festival which will be held from June 4 to June 13, 2021.

“Another very special project has been Khayali Pulao, a film, very close to my heart. Getting noticed across the globe on such a precious platform is our honour. Thanks to the jury of the New York Indian Film Festival,” she says. Prajakta will be seen in the upcoming film Jug Jugg Jeeyo, which features Anil Kapoor, Neetu Kapoor, Varun Dhawan and Kiara Advani.—IANS