Sonam Kapoor is in her third trimester of pregnancy 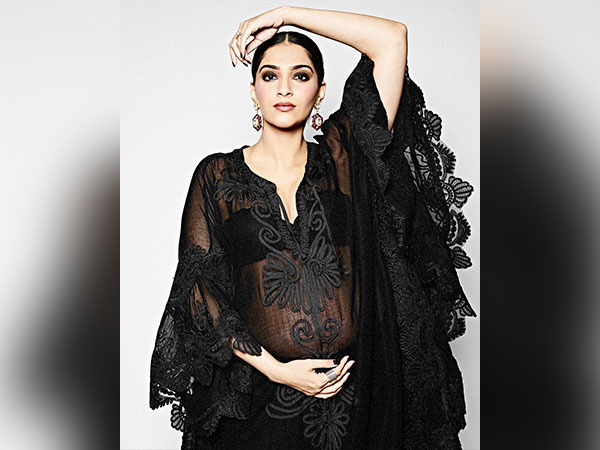 Mom-to-be Sonam Kapoor talked about how the journey towards becoming a mother is not always "pretty".

Taking to Instagram, Sonam, who is currently in her third trimester of pregnancy, shared a picture of her swollen feet.

Alongside the image, the 'Neerja' star wrote, "Pregnancy is not pretty sometimes."

Sonam and her husband Anand Ahuja tied the knot on May 8, 2018, in a traditional Anand Karaj ceremony. In March 2022, the couple announced that they are expecting their first child together.

Sonam recently celebrated her baby shower with her husband Anand Ahuja, along with her sister Rhea Kapoor. She shared glimpses of the ceremony on social media, including the venue, the food, and the decor.

Earlier, Sonam took her Instagram and dropped a few stunning pictures in ethnic attire, where she spoke about her pregnancy, sharing the pics, she wrote, "On the cusp of motherhood and at the brink of my birthday, I'm choosing to dress how I feel -Pregnant & Powerful, Bold & Beautiful...Thanks @abujanisandeepkhosla for draping women in outfits that bring out the most fierce and the most sensual parts of their femininity."

Meanwhile, on the work front, Sonam will be next seen in her upcoming film 'Blind' directed by Shome Makhija, starring Purab Kohli, Vinay Pathak and Lillete Dubey in prominent roles. The film is expected to release later this year.