Priyanka Chopra shares first look of her character from The Matrix Resurrections; however name change in Instagram bio intrigues fans 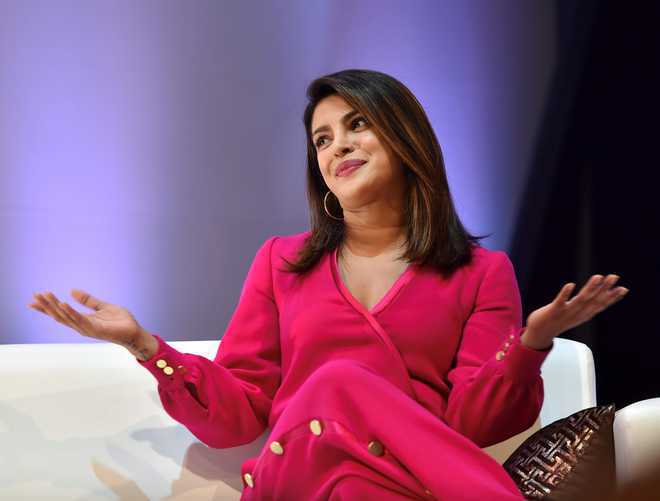 Actor Priyanka Chopra shared the first poster of her character from the eagerly awaited The Matrix Resurrections — the fourth film in the iconic Keanu Reeves series — but the Internet is more interested in a change in her Instagram bio.

Her Instagram bio name reads just Priyanka now. The actor has dropped both her surnames — Chopra and Jonas, which is husband Nick’s last name, and it is the absence of the latter that is creating a frenzy among fans.

“And she’s here,” Priyanka captioned her Matrix first look. Details of the role she’s been cast in have not been revealed yet.

While the comments thread does include many messages relevant to the post from Zoya Akhtar, Huma Qureshi and others, it is also filled with questions like “Are you fine,” “Why changed your name” and “Jonas jiju kaha hai.”

The Internet, when it noticed that Priyanka Chopra’s Instagram now reads just Priyanka, was quick to invoke actress Samantha Ruth Prabhu whose own name change to the initial S proved an indicator of doom soon after as she and husband Naga Chaitanya announced they were ending their marriage.

There certainly seems to be no indication of trouble in Priyanka Chopra’s Instagram posts. The couple hosted a Diwali party recently and held a Lakshmi puja at home.