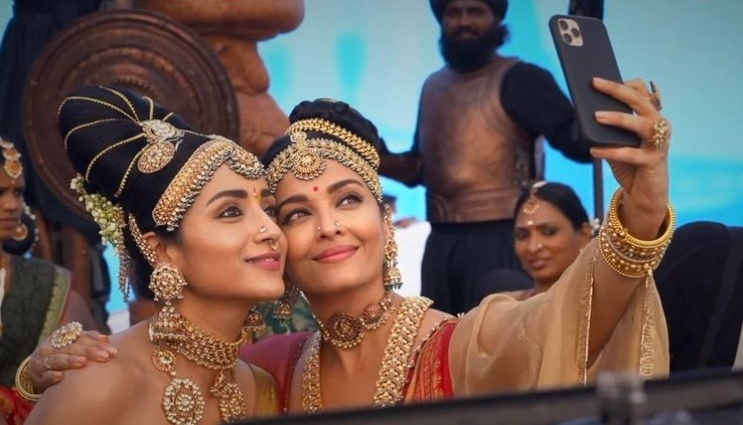 Actress Trisha Krishnan posed with Aishwarya Rai Bachchan for a picture on the sets of their upcoming film 'Ponniyin Selvan', directed by Mani Ratnam.

Trisha took to her Instagram, where she and Aishwarya are seen taking a selfie on the sets dressed in their costumes from the upcoming magnum opus.

For the caption, Trisha wrote: "Ash" with a hug emoji.

The film, whose first part is scheduled to open on September 30, is a story that revolves around the early life of prince Arulmozhi Varman, who later on went on to be known as the great Raja Chozhan.

In the movie, Aishwarya will reportedly be seen in a double role. She will be seen playing the role of queen Nandini and Mandakini Devi.

The film will be among the most expensive projects ever undertaken in the country.