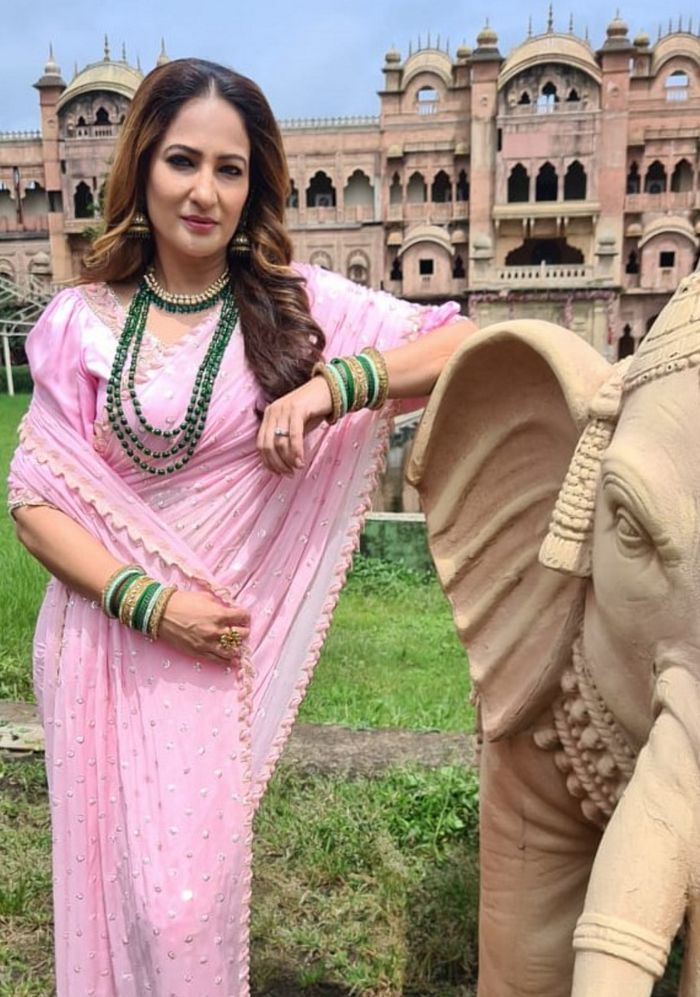 Zee TV’s upcoming show, Tere Bina Jiya Jaye Na, narrates the story of Krisha Chaturvedi, a girl who has always dreamt of being swept off her feet by a knight in shining armour, and what happens when the universe manifests this dream of hers! While Anjali Tatrari will be seen essaying this character, the show also presents popular television actress Rakshanda Khan in the epic royal avatar of Jayalaxmi.

Talking about the show and her character, Rakshanda says, “I am excited about Tere Bina Jiya Jaye Na as it is starkly different from any show that I’ve been a part of till date. In fact, we’ve seen shows having a fairy tale ending, but our show starts with a fairy tale love story and what follows afterwards makes up the rest of the narrative. It has interesting twists and turns, and I am actually excited about playing such a royal character for the first time. I hope everyone will enjoy seeing me in this imperial avatar. Jaya Maa is very polished with a royal demeanor and someone who upholds the traditions of the royal family while having a brilliant business-oriented mind too. She has a lot of layers to her.”