Raveena Tandon, Ashutosh Rana unveil the trailer of 'Aranyak', a world where everyone is a suspect 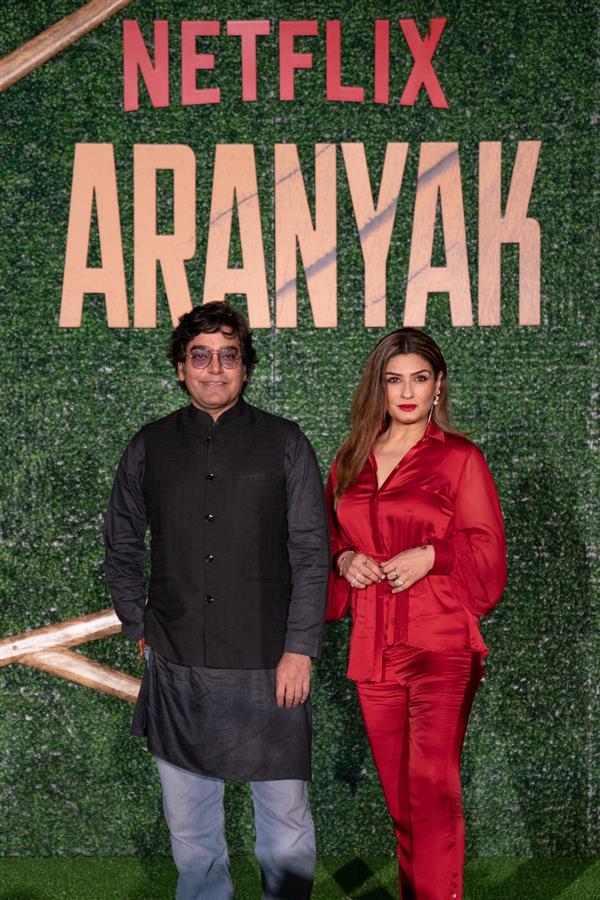 Ashutosh Rana and Raveena Tandon at the trailer launch of 'Aranayak'.

A misty town, a forgotten myth and series of murders! Combine all this with a stellar cast and a gripping storyline, you are set up to unravel the intrigue. This December 10, Aranyak (referring to a forest or a forest dweller) will transport you to the fictitious town of Sironah, nestled in the hills to give you all the thrills!

Mysteries are waiting to be solved in the upcoming popcorn thriller starring the celebrated actress Raveena Tandon making her Netflix debut alongside an ensemble cast that includes Ashutosh Rana, Parambrata Chatterjee, Zakir Hussain, Meghna Malik and Indraneil Sengupta in pivotal roles. The series is produced by Roy Kapur Films and Ramesh Sippy Entertainment, Showrun by Rohan Sippy, directed by Vinay Waikul and written by Charudutt Acharya.

The trailer launched today gives us a sneak peek into the world of 'Aranyak' with glimmers of murder, mystery and mayhem lying ahead.

Talking about his thoughts on 'Aranyak, producer Siddarth Roy Kapur said, “At Roy Kapur Films we are always on the search for unique and diverse stories, and 'Aranyak' is definitely one of those. We are happy to be deepening our relationship with Netflix after 'Yeh Ballet', and intend to continue to build a strong creative partnership going forward.” He further adds, “Rohan, Vinay and the team have given life to multi-dimensional characters from the intriguing world of 'Aranyak', which was beautifully conceptualized and written by Charu. We hope the audience will connect with the story and feel the thrill and chills, while being thoroughly engaged and entertained."