They were booked for hurting religious sentiments 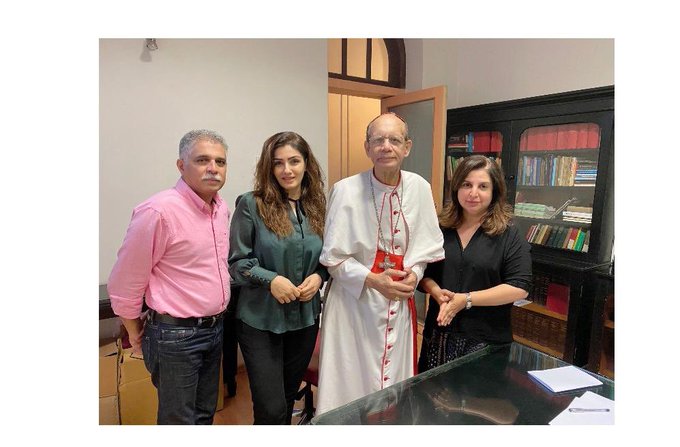 Filmmaker Farah Khan and actor Raveena Tandon met Indian Cardinal of Roman Catholic Church, Cardinal Oswald Gracias to tender an apology after the duo, along with comic Bharti Singh, were booked for allegedly hurting the religious sentiments of the community in a TV show.

Farah earlier took to Twitter to apologise on behalf of entire team of Flipkart Video Original’s quiz show “Backbenchers”, on which she serves as the host. The said episode has also been taken off by Flipkart Video.

In a statement, the host-director said she along with Raveena paid a visit to Gracias to tender an unconditional apology.

“His Eminence Cardinal Oswald Gracias met us. We apologised and asked him to forgive our mistake and he very graciously accepted our apology. He also issued a statement on our behalf to end this matter,” Farah said.

“This evening Farah Khan and Raveena Tandon went in person to His Eminence Cardinal Oswald Gracias to tender a written and unconditional apology, which the Cardinal graciously accepted. I appeal to the Christian community in this nation who have been enraged by this whole episode to accept their apology in the true spirit of Christ,” Mathai said in a statement.

Farah on Monday took to Twitter to express her gratitude to the cardinal.

Blessed to get blessings from YOUR EMININCE CARDINAL OSWALD GRACIOUS.. whatever the circumstances , was fortunate to meet such a kind and pure soul. pic.twitter.com/kj6J731X7M

“To err is human to forgive divine. Thank you, Your Eminence Cardinal Oswald Gracias for meeting us and accepting our heartfelt apologies and putting this unfortunate matter to rest,” her tweet read.

Bharti, who is out of the country, also apologised to the community for “hurting their sentiments”.

“From the bottom of my heart I would like to say Sorry to my Christian brothers and sisters for hurting their sentiments. Thank you Your Eminence Cardinal Oswald for personally hearing my apology in the voice note (as I’m not in the country) and forgiving me,” she tweeted. —PTI