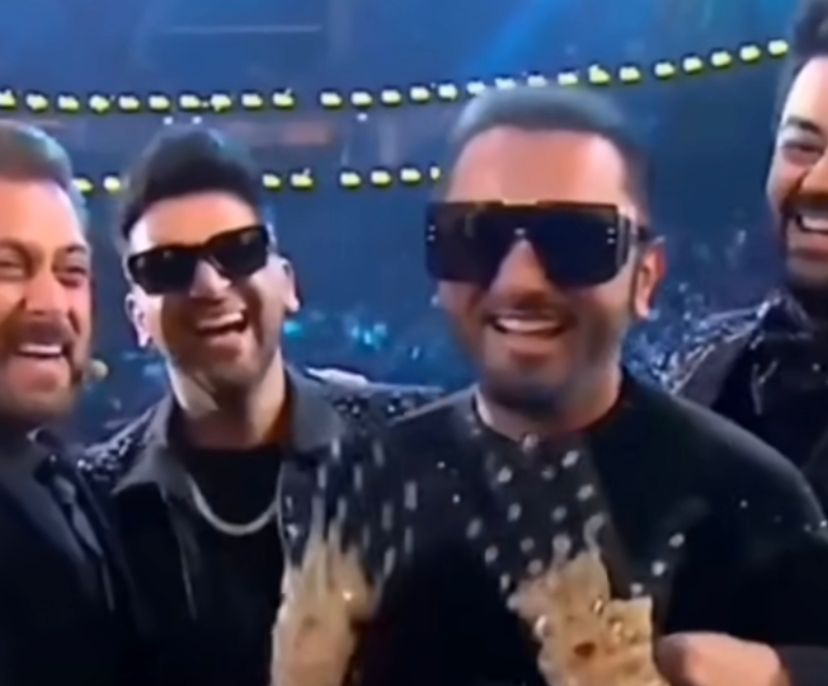 In a video shared by IIFA's Instagram account, Maniesh says, "Yo Yo Guru Randhawa and Honey Singh are sitting here wearing black sunglasses. They were welding before coming to the show."

As soon as Maniesh says this a laughing Salman gets up from his chair and hugs him. Riteish Deshmukh, who is seen on the stage at the time hosting the show, is also seen laughing.