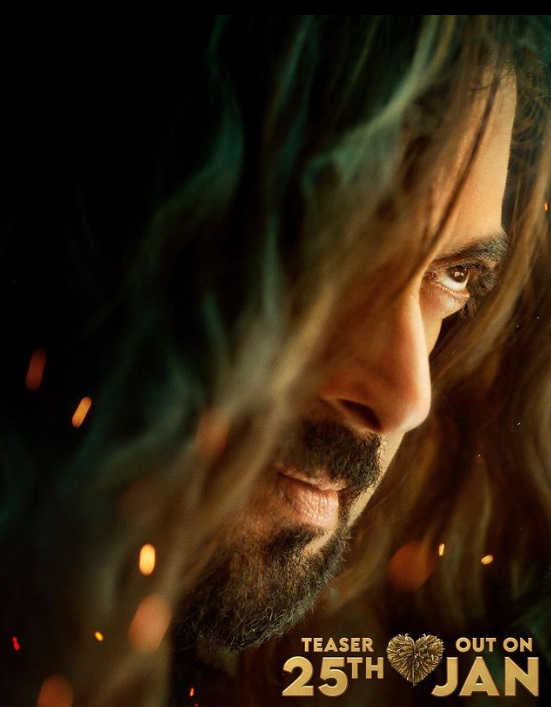 It's a double treat for the fans of Salman Khan and Shahrukh Khan as the teaser of Salman starrer 'Kisi Ka Bhai Kisi Ki Jaan' is set to release in the theatres with Shahrukh's much-awaited 'Pathaan' on January 25.

Taking to Instagram on Monday, Salman shared the news with his fans. Captioning the frame as "#KisiKaBhaiKisiKiJaan Teaser ab dekho bade parde apr on 25 Jan," the 'Dabangg' actor already tickled the fan's excitement.

Salman and Shahrukh's camaraderie is going stronger with the passage of time. Last month, Shahrukh attended the birthday party of Salman. Not only that, the two superstars treated the paparazzi with picture-perfect frames. Salman also played a cameo in Shahrukh's 'Zero'.

The makers of Salman's film rightly used this big opportunity as 'Pathaan' has already created much hype in the media.

Fans have started to show their love for Bhaijaan's post.

The makers have planned a unique approach for the teaser launch of 'Kisi Ka Bhai Kisi Ki Jaan'. The teaser will be first released in the theatre, and then, will be available on YouTube and other digital platforms.

The title of the film has been changed a few times earlier. Salman's brother-in-law Aayush Sharma reportedly left this film due to a 'creative difference' with the makers. However, the film is slated to release on Eid this year.