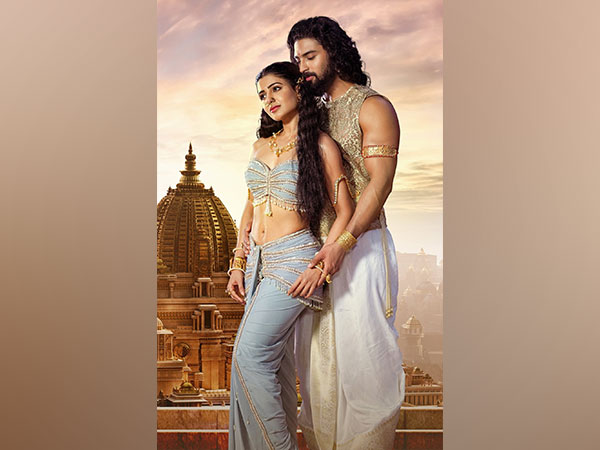 Samantha Prabhu and Dev Mohan in the poster of 'Shaakuntalam'. Instagram/ samantharuthprabhuoffl

Makers of the upcoming mythological romantic drama film 'Shaakuntalam', on Friday, unveiled the motion poster release date of the film.

Helmed by Gunasekhar, the film star south actors Samantha Ruth Prabhu and Dev Mohan in the lead roles and is all set to hit the theatres on November 4, 2022, in Hindi, Telugu, Tamil, Malayalam & Kannada.

The story of 'Shaakuntalam' revolves around the epic love story of Shakuntala and King Dushyant from Mahabharata, portrayed by Samantha and Dev Mohan.

The first poster of the film came out recently and the audiences were mesmerized and their enthusiasm elevated to the highest level to watch this upcoming mythological drama.

Soon after the motion poster was unveiled, fans swamped the comment section with heart and red heart emoticons.

Meanwhile, Samantha will be also seen in an upcoming fiction thriller Pan-India film 'Yashoda', and in a romantic drama film 'Khusi' opposite actor Vijay Deverakonda, which is all set to hit the theatres on December 23, 2022.

Apart from that, she will be seen in Amazon Prime Video's upcoming web series with actor Varun Dhawan. Helmed by director duo Raj and DK, the series is said to be an official remake of the Hollywood series 'Citadel'.