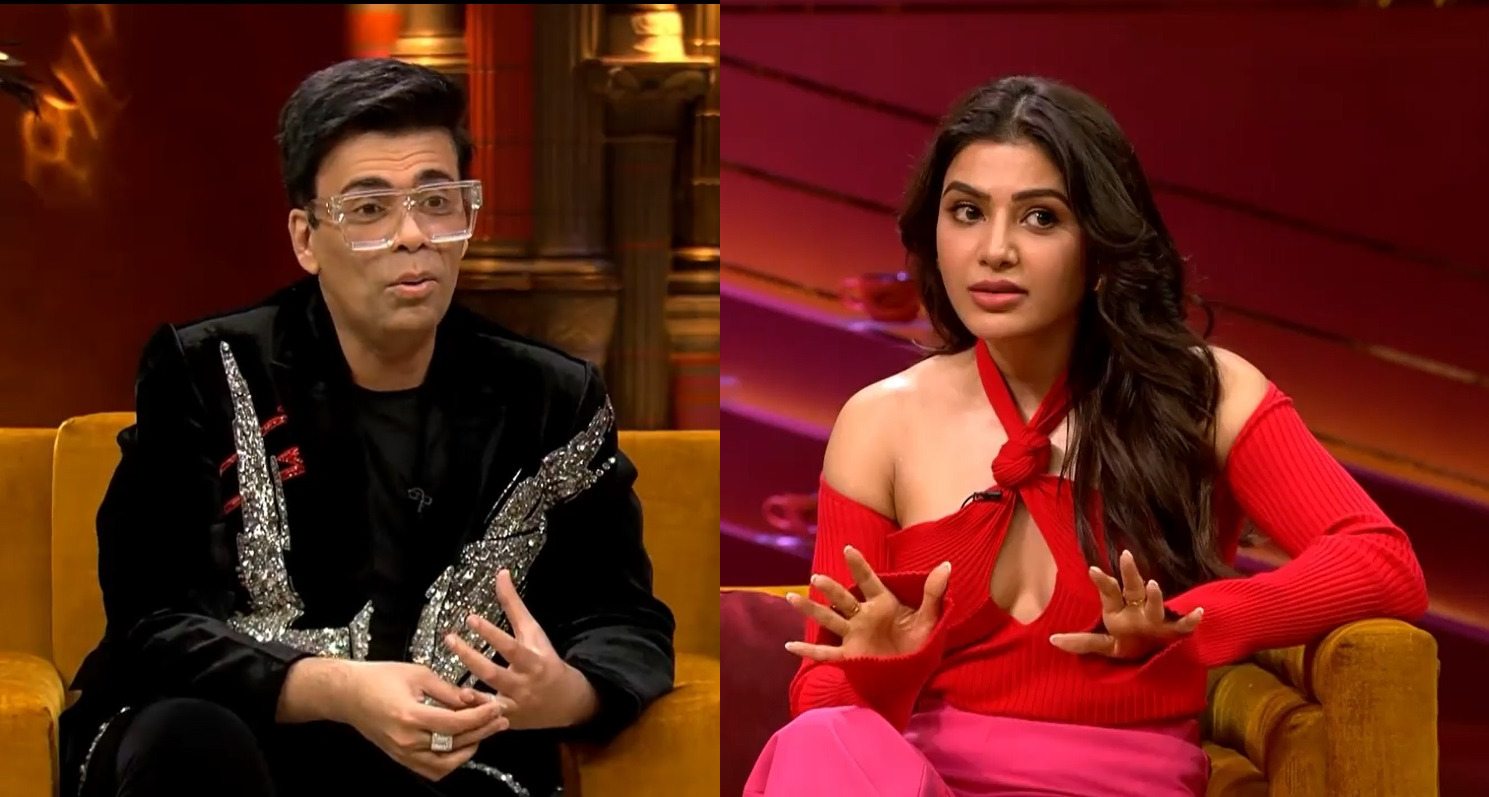 The seventh season of the well-known celebrity talk show - 'Koffee With Karan' is about to begin. Samantha Ruth Prabhu is seen pulling Karan Johar's leg in the flamboyant trailer, which came out on Saturday. She brings up the subject of marriages in his films.

Samantha Ruth Prabhu appeared on Karan's show. She created a name for herself in the first episode of the Hindi web series The Family Man-2. The precise air date of Samantha Ruth Prabhu's episode is still unknown, but it seems like the Majili actress had a few light-hearted moments during her appearance on the show.

As Karan and Samantha appear to be having a good time talking about some recent events, Samantha is heard telling Karan: "You are the reason behind unhappy marriages." "You have portrayed life as 'K3G- Kabhi Kushi Kabhi Gham', whereas in fact, life is 'KGF,'" Samantha says. These amusing exchanges between Karan Johar and Samantha have gone viral.