Unlike the last time, when Taimur was born, Saif and Kareena have refrained from posting pictures of their second son's face 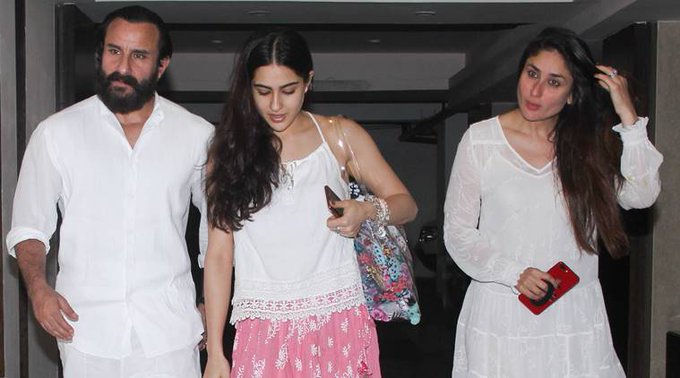 During an interview, Sara Ali Khan said that she "melted" the moment she laid eyes on the "ball of cuteness".

Sara, along with several other friends and family members, visited Saif Ali Khan and Kareena Kapoor in the weeks after the baby's birth.

The couple has another son, four-year-old Taimur.

"He looked at me and smiled at me and I just melted," Sara told News18. “He is just a ball of cuteness. My running joke with my father is that he’s had a child in every decade of his life- in his 20s, 30s, 40s, and now he is in his 50s. He is really very lucky to enjoy four different avatars of fatherhood (laughs). This child is going to bring even more joy and excitement to my father and Kareena’s life and I couldn’t be happier for them."

Unlike the last time, when Taimur was born, Saif and Kareena have refrained from posting pictures of their second son's face, nor have they revealed his name.

Announcing the baby's arrival, Saif had said in a statement, “We have been blessed with a baby boy. Mom and baby are safe and healthy. Thank you to our well-wishers for their love and support." Sara is Saif's daughter from his previous marriage, to Amrita Singh. She also has a brother, Ibrahim Ali Khan.