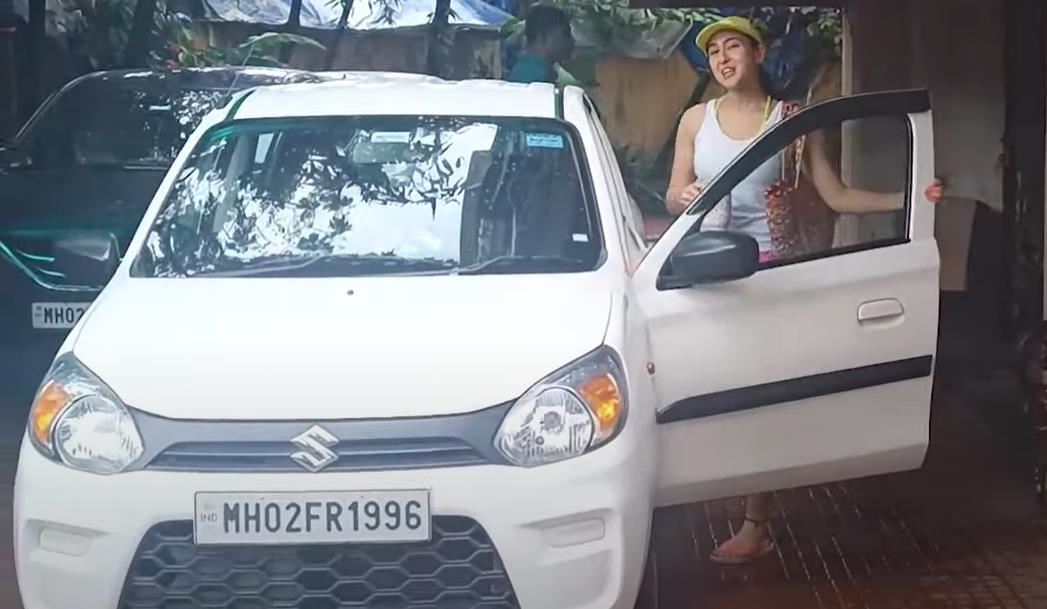 Most of the Bollywood A-listers are often spotted using their luxury cars as a means of commute. However, actor Sara Ali Khan ditched her exotic ride for once and went viral.

Sara was recently spotted outside her gym getting into a Maruti Alto 800 car. Seeing Saif Ali Khan’s daughter opting for one of the most common automobiles despite possessing a series of rare luxury cars came as a refreshing change to many.

A video of the diva’s unusual means of transport has been doing the rounds on social media with mixed reactions from netizens.

While some appreciated her humble attitude of riding the compact hatchback despite being a celebrity, others trolled her for her new ‘four-wheeler’.

A user wrote, “Are baap re itni sasti car” while another commented, “Is that alto but why???”