The recent death of singer Krishnakumar Kunnath has left everyone shocked. Be it the entertainment industry or his fans, everyone is struggling to make peace with the news. With tributes and condolences pouring in from all corners, every word of remembrance strikes a chord.

Bollywood singer Shaan, who has worked with KK for difference tracks, including It’s the time to disco, Dus Bahane, Koi Kahe among others, paid a heartfelt tribute to KK. At a live concert, he sang KK’s most memorable song Pal.

Shaan shared a video on his Instagram account where he can be heard saying that he would like to start by remembering KK and singing his evergreen song which has a beautiful philosophy to it. In the caption, Shaan wrote, “Remembering Kakes Don’t know why but that’s what call him .. Kakes"

The tribute left KK fans emotional at the event and even on social media. Many fans wrote their remembrance messages on Shaan’s post.

As the news of KK’s demise broke, Shaan shared a video of KK and himself performing together. In the caption, he wrote, “Can’t even believe I’m posting this .. could never ever have imagined .. KK IS FOREVER !!! He Loved and Lived and Sang and Smiled like No other !! Always straight from the Heart!! My Brother Is a Rockstar … forever…”

A day later, Shaan revisited his memories with KK and shared a collage of with some beautiful, priceless pictures with the late singer. He wrote a long note about his ‘content’, ‘uncomplicated’ friend KK. “Let me just pretend you are here .. we never spoke on a regular basis .. but always had one another in a very special place in our heart !! I have said ‘ I want to be like KK’ as content, as uncomplicated yet uncompromising when it came to his personal space. Had his prioritise perfectly in place .. But I realise .. there can never be anyone like @kk_live_now !! He will always be ‘The One and Only’..,” Shaan wrote.

He added, “..I cannot even begin to imagine what Jyo, Nakul and Tamara are going through .. All I can say is that He gave them 20 lifetimes of warm memories .. compared to any average family man. We started together.. we did so many SuperDuper hits songs together .. #KoiKahe #TimeToDisco #DusBahane #HumdumSuniyoRe #Zameen ( title track) #Golmaal .. songs from #DeTaali .. the list is endless .. we did the most number of shows together .. touring with @anumalikmusic ji in the early 2000s.. .. #No1Yaari Tour through WB, Orissa, Assam .. our Back to back 3 shows in 3 years in Dubai. I am blessed to have known this ‘Boy’ (who refused to grow up .. and now will remain Forever Young).” 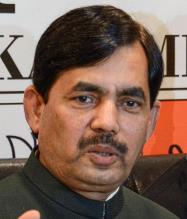