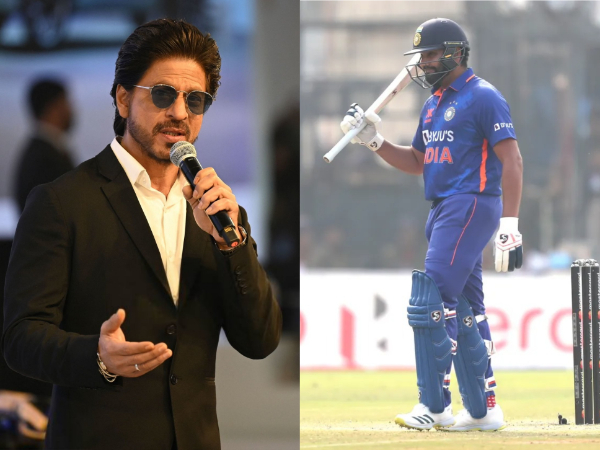 During an #AskSRK session on Tuesday, a fan asked the 'Don' actor, "One line about our Indian captain Rohit Sharma."

To which he replied, "Rohit is all grace and brilliant. Have shared some really sweet personal moments with him."

Rohit is all grace and brilliant. Have shared some really sweet personal moments with him. https://t.co/DJVobZWP1t

Indian skipper Rohit Sharma smashed his first ODI century since January 2020 and became the third-highest six-hitter in the format's history on Tuesday.

The batter accomplished this during India's third and final ODI of the series against New Zealand at Holkar Stadium in Indore.

Rohit brought alive his 'Vintage Hitman' image to the delight of a packed house in Indore. He smashed 101 in 85 balls in a knock which consisted of nine fours and six sixes. He scored at a strike rate of 118.82.

The 'Chak De India', on the other hand, will be next seen in the upcoming action thriller film 'Pathaan' alongside Deepika Padukone and John Abraham and is all set to hit the theatres on January 25, 2023.

Apart from this, the actor will also be seen in director Rajkumar Hirani's upcoming film 'Dunki' opposite Taapsee Pannu, and in filmmaker Atlee's action thriller 'Jawan'.

India should deal with Pakistan