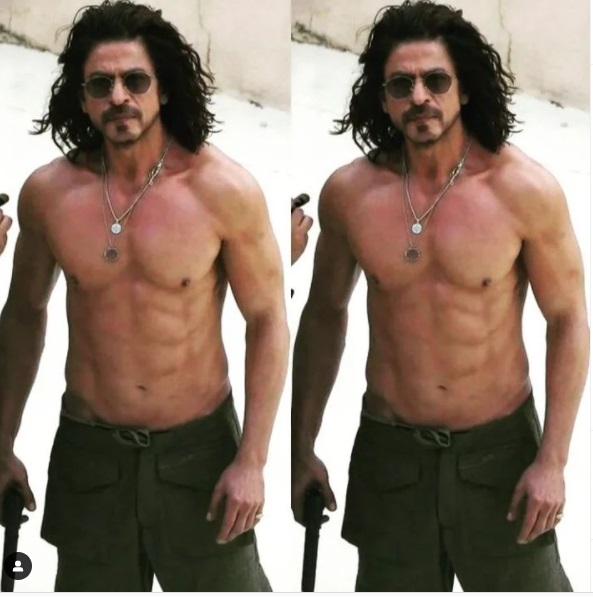 Shah Rukh Khan is in Spain shooting for his upcoming film Pathaan. In the latest about the superstar, some leaked pictures from the sets of the film are making waves. In the pictures, Shah Rukh Khan can be seen flaunting his fit and toned body.

Shah Rukh is wearing olive green trousers and doing a shirtless scene where his eight-pack abs give some fitness goals to his fans. Long hair and a piston in hand convey Pathan is an action entertainer.

Check out SRK's pics shared by his fans:

After giving some shots, the actor, in some pictures, is looking into the camera to check the outcome.

While Shah Rukh Khan’s chiselled physique becomes the talk of the town, Deepika Padukone will also turn up the heat on-screen as some leaked pictures show her in a yellow bikini.

Here are Deepika's pictures in a yellow bikini:

Deepika and Shah Rukh Khan will reunite in ‘Pathaan’ after giving some super hits including ‘Om Shanti Om’, ‘Chennai Express’ and ‘Happy New Year’. The two are known to have a burning chemistry and expectations are high from their next, scheduled for January 25, 2023 release.