Shalin Bhanot calls Tina Datta a bully, tells Nimrit Ahluwalia 'I can't damage a girl's life, she has to marry outside' : The Tribune India

Shalin Bhanot calls Tina Datta a bully, tells Nimrit Ahluwalia 'I can't damage a girl's life, she has to marry outside' 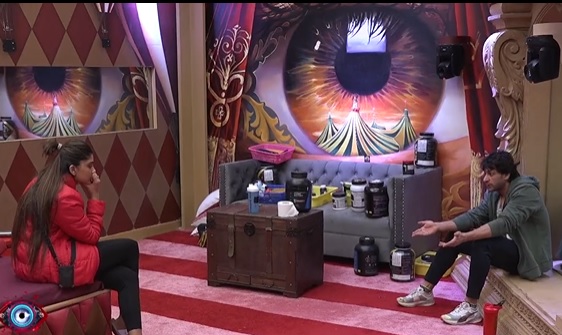 In the latest episode of 'Bigg Boss 16', Shalin Bhanot was seen breaking down after he got bullied by Tina Datta and Priyanka Choudhary leaving him feeling lonely.

Later in the room, Nimrit comes and speaks with Shalin and tells him that she has asked Tina to behave maturely and not taunt him unnecessarily.

Shalin cries in front of Nimrit and says that Tina and Priyanka are evil.

She tells Shalin to express if he feels bad about something.

Shalin says: "They're out to make me appear awful. I ignored it numerous times. I am not a failure. I'm pleading with her not to provoke me. I have stories to tell, and you are a girl. I can't damage a girl's life, she has to marry outside. She is oblivious to this.

Here's a glimpe of their conversation:

"There are a lot of things that I could say about those 105 days. This is once again falling on my shoulders. My second life is also getting affected. What was she implying when she claimed I asked her for something dirty? What is she on about? And I planned it from the outside?" IANS