Punjab ki Katrina: When Shehnaaz Gill was a child people would tell her mom that the actor looks like Katrina Kaif 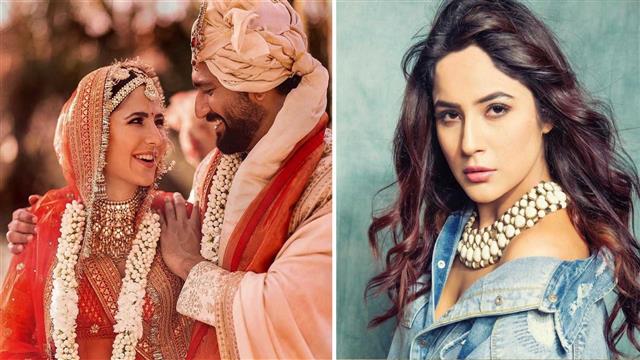 Shehnaaz says she has become India's Shehnaaz now and Katrina Kaif has become 'Punjabi ki Katrina' as she married a Punjabi man.

Actor Salman Khan had once called actress Shehnaaz Gill "Punjab ki Katrina Kaif" and found her beautiful even without makeup.

In a latest video, it was Shehnaaz Gill who said that Bollywood actress Katrina Kaif has become “Punjab ki Katrina" after marrying actor Vicky Kaushal.

A video has been shared by singer Yashraj Mukhate on his YouTube channel.

In the video, the Punjabi actress said when she was a child, the parlour people used to tell her mom that Shehnaaz looks like Katrina.

Shehnaaz could be heard saying that she has become India’s Shehnaaz now and Katrina Kaif has become ‘Punjabi ki Katrina’ as she married a Punjabi man. Her explanation amused Yashraj.

Recently, Yashraj Mukhate and Shehnaaz were seen together in a video titled ‘Boring Day.’