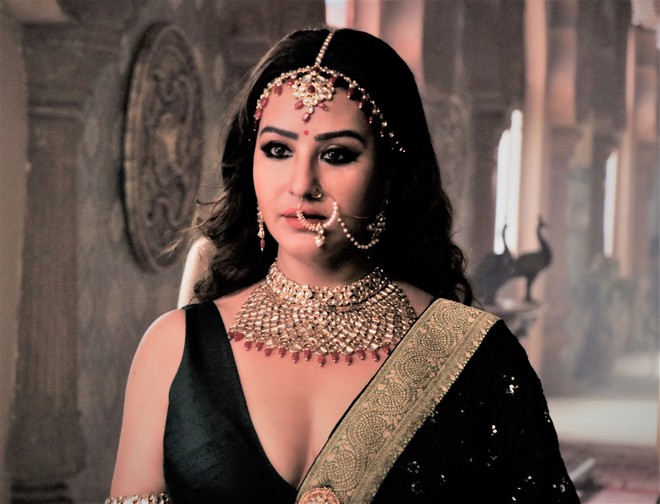 Ever since AltBalaji & Zee5 Club announced the launch of their magnum opus Paurashpur, fans have been eagerly waiting for the first look of this larger-than-life show. The makers on Monday finally revealed the first look of Shilpa Shinde, in which the diva is seen as Queen Meerawati.

Queen Meerawati is one of the leads in the show. The first wife of the king, she carries the power of knowledge with her and graces the throne of the queen. Shilpa shares, “My character has many shades and I am thrilled to be stepping into the shoes of Queen Meerawati. I have been extremely mindful of the shows I choose as I want to give my fans what they expect of me and I feel Paurashpur is the show that I have been looking for.”