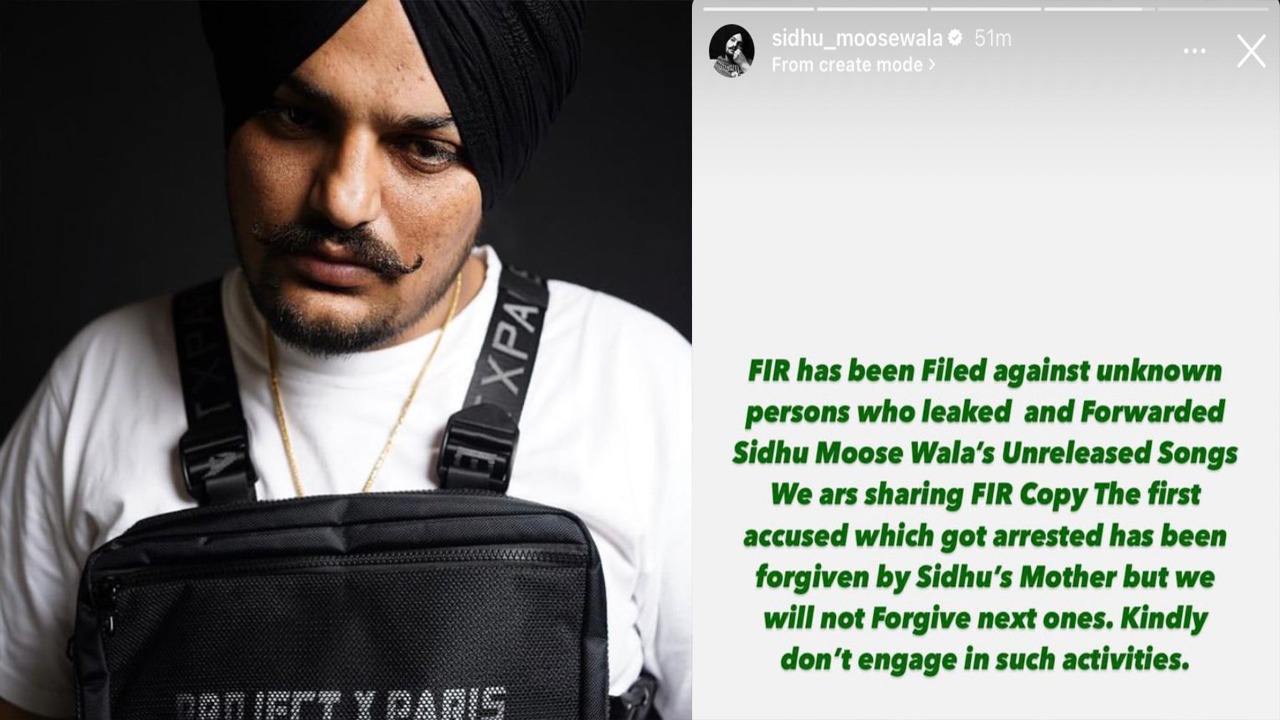 An FIR has been registered by Punjab Police on a complaint by Sidhu Moosewala’s father Balkaur Singh after the singer’s controversial song SYL was allegedly leaked by an unidentified person on WhatsApp on June 20.

The song SYL—sung by Sidhu Moosewala—was to be released officially on June 23.

In the FIR, Balkaur Singh said that earlier also it was found that the songs recorded by his son Moosewala were leaked. He said they had decided to take legal action against the culprits.

The copy of the FIR was posted on the official account of Sidhu Moosewala’s Instagram story. Also, another message read: “FIR has been filed against unknown persons who leaked and forwarded Sidhu Moose Wala’s unreleased songs. We are sharing FIR Copy of the first accused which got arrested has been forgiven by Sidhu’s mother but we will not forgive next ones. Kindly don’t engage in such activities.” 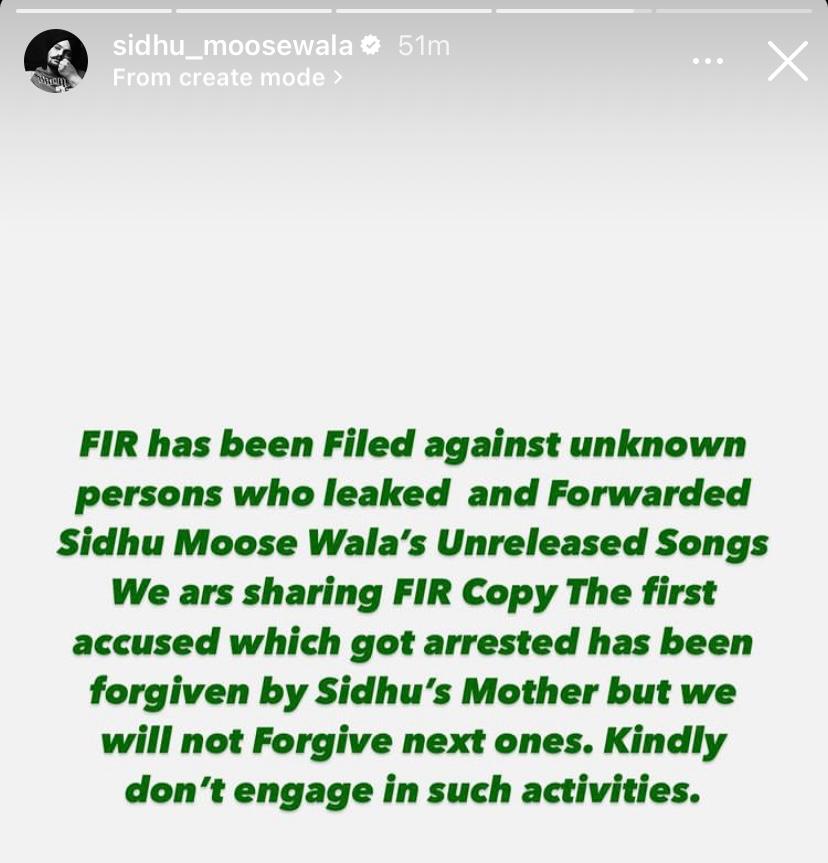 Sidhu Moosewala was shot dead near his house on May 29 in Mansa.

Punjabi singer Gippy Grewal too had earlier shared a note on his Instagram, where he had urged music producers and others not to leak any of Moosewala’s unreleased work.

He mentioned that any unreleased tracks or content should be handed over to Sidhu Moosewala’s father.

Sharing the note on his social media handles, Grewal threatened legal action against anyone who leaked Sidhu’s work.

The note mentioned, "We request all the music producers Sidhu has worked with in the past, to refrain from releasing or sharing his finished/unfinished tracks. If his work gets leaked, we will take legal action against the individuals involved. Please hand over all the content to his father after Sidhu's Bhog on June 8th.” 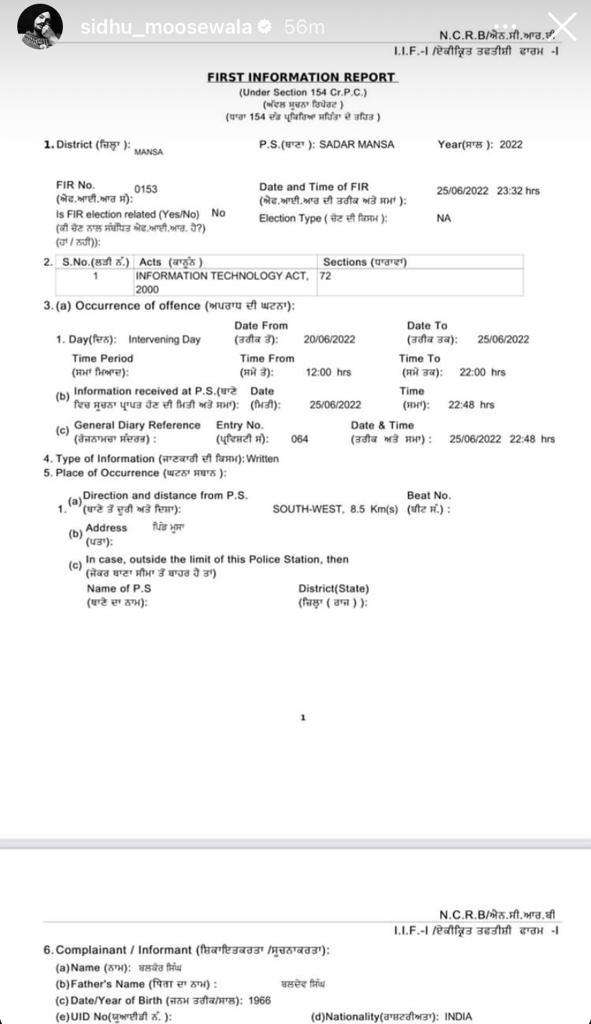 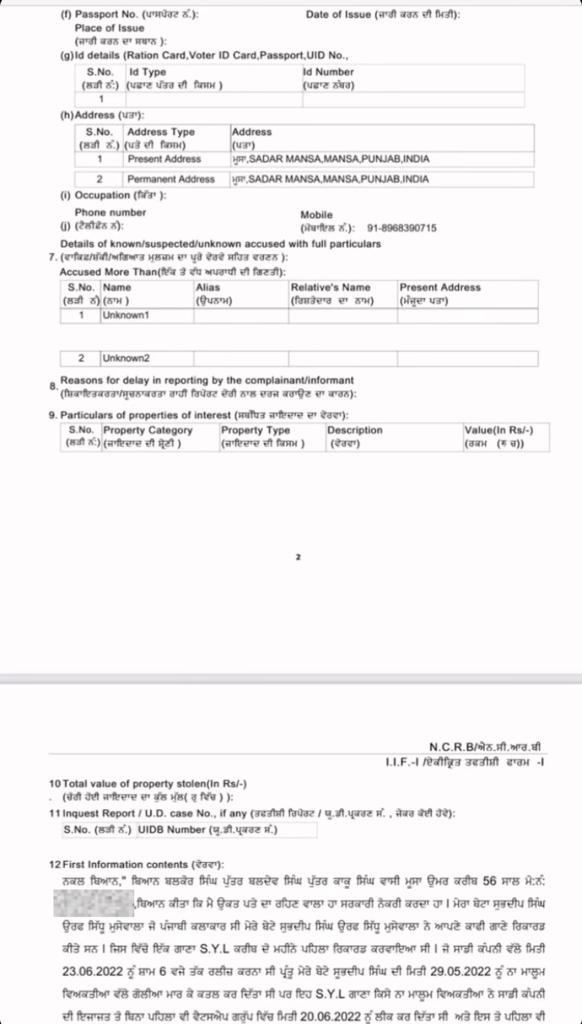 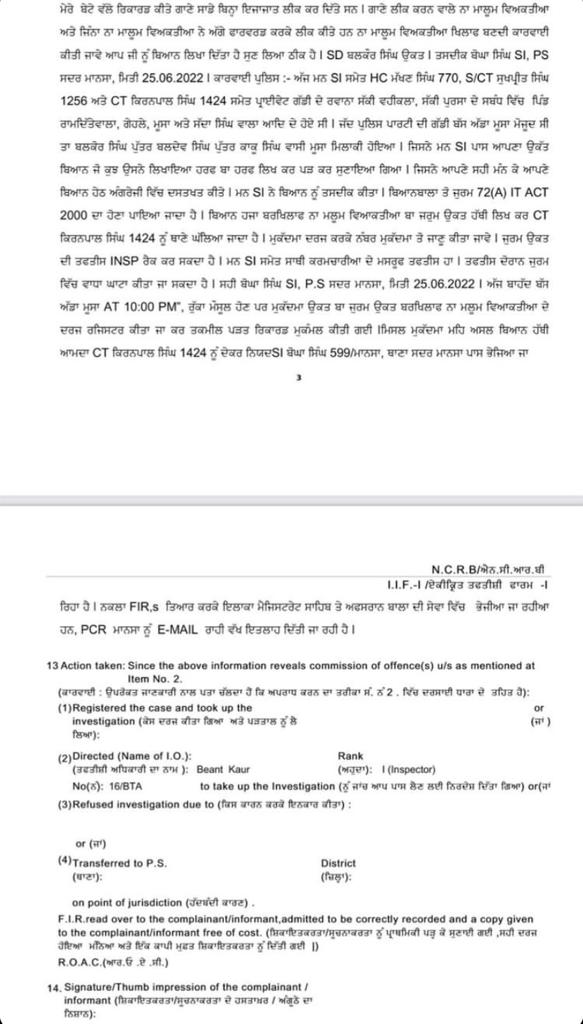