Sonam Kapoor wishes Anand Ahuja on 7 years of togetherness, he tells her, 'Sona, 7 years in May' : The Tribune India

Sonam Kapoor wishes Anand Ahuja on 7 years of togetherness, he tells her, 'Sona, 7 years in May'

Sonam calls Anand cute as she replies to his message 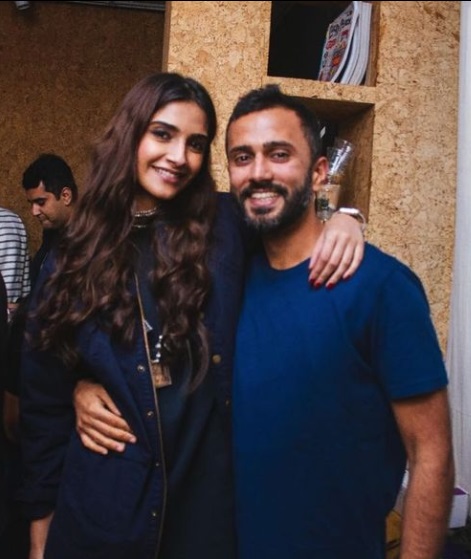 Bollywood diva Sonam Kapoor began her Sunday with telling her hubby how much she misses him, especially on this special day when the two have completed seven years of togetherness.

She took to Instagram and shared an adorable post for Anand Ahuja. With a happy picture of the two of them twinning in blue, in the caption she wrote, "Nothing compares to you.. my miss you @anandahuja #everydayphenomenal 7 years of togetherness and love #allbhaaneallday."

But it looks like their seven years would be in May. No, it's not a guess from ourside. It's Anand Ahuja reminding his Sona from when the counting begins.

In the comments, Anand wrote, "Sona. 7 years in May ... we start counting from the first date not when we started talking on the phone na."

Sonam then replied to her 'cute' husband. She wrote, "Anand Ahuja you are so cute" with a heart emoticon.

But it looks like Sonam wants to celebrate seven years of togetherness now in May as she deleted the post after some time.

Sonam and Anand tied the knot on May 8, 2018, in a traditional Anand Karaj ceremony. In March 2022, the couple announced that they are expecting their first child together.

The couple welcomed their baby boy on August 20 in Mumbai. The proud parents announced the news through a cute message template that read, "On 20.08.2022, we welcomed our beautiful baby boy with bowed heads and open hearts. Thank you to all of the doctors, nurses, friends and family who have supported us on this journey. It's only the beginning, but we know our lives are forever changed.

Sonam, who is enjoying the new phase of motherhood, recently mademade a stunning appearanc at the Red Sea International Film Festival in Jeddah. She looked her stylish best in a red glittery gown with elaborate sleeves and added a dramatic coat combo from Rami Kadi paired with diamond jewelry.

Meanwhile, on the work front, Sonam will be next seen in the upcoming film 'Blind' directed by Shome Makhija, starring Purab Kohli, Vinay Pathak and Lillete Dubey in prominent roles. The official release date of the film is still awaited.