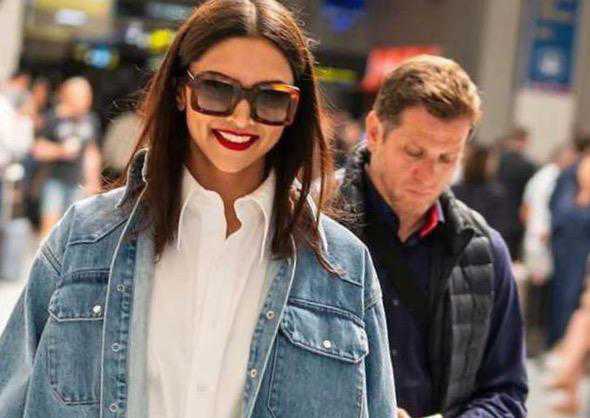 Actress Deepika Padukone is being trolled by fans of late actor Sushant Singh Rajput. They seem to be upset with the actress because she had been vocal about depression and mental health on social media soon after Sushant died on June 14.

On Thursday even the hashtag #SCForSSR started trending on Twitter ahead of a scheduled Supreme Court hearing in the case, Sushant's fans also claimed that Deepika, through a series of tweets from the evening of June 14, had tried to establish that the late actor was battling depression.

"Dear @deepikapadukone Hope you are not depressed? Just Asking! #SCForSSR," wrote another user.

"Public hates @deepikapadukone for taking undue advantage of the concoted story of depression in sushant's name frm the evng of the 14th. Shame on you @deepikapadukone U 2 ve a family ...how u did so inhumane thing ? #SCForSSR," tweeted a fan of Sushant.

"I was liked her, But after this depression theory of her, makes herself an opportunist Shame on u deepika mam... If you can't came out to stand with truth atleast pls don't make nonsense depression theory ...#SCForSSR," expressed another Sushant fan.

"The most unpleasant thing isn't that she claimed he was depressed, giving her support to the theory of a driven-by-depression suicide that helped to cover up the killers, but when she understand depression was only an excuse to cover up the murder, she never apologized. #SCForSSR," tweeted another user.

"Repeat after me!! Depression is not a luxury. Depression theory should not be used to gain sympathy like @deepikapadukone," shared a user mocking the actress' style of tweeting.

On the evening of June 14, Deepika Padukone had tweeted: "As a person who has had a lived experience with mental illness, I cannot stress enough about the importance of reaching out. Talk. Communicate. Express. Seek help. Remember, you are not alone. We are in this together. And most importantly, there is hope."

"Repeat after me. Depression is an 'illness'," reads Deepika's tweet from June 15.

"Repeat after me. Depression is a form of 'mental illness'," the actress had tweeted on June 16.

"Repeat after me. Depression is an illness 'like any other illness'," she had tweeted on June 17.

Deepika series of tweets on depression and mental health continued till June 21, after which she became silent on Twitter on the subject. IANS