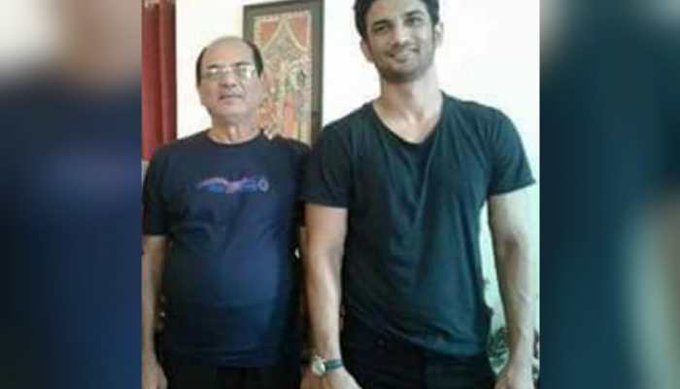 The actress, who is now the prime accused in the death case of Sushant, did not respond to any of the messages.

Besides Rhea, Sushant's father also tried to connect with his son's former manager Shruti Modi and even she did not revert to him. Modi is a co-accused in the case filed by Singh at a Patna police station on July 25. She was also both Sushant and Rhea's manager.

The ED and the CBI are probing the death of the late actor, who was found hanging in his Bandra flat in Mumbai on June 14 on the complaint of Singh filed at the Rajeev Nagar police station. Sushant and his family hail from Purnea district in Bihar.

Both the agencies have taken over the probe on the basis of the Bihar Police FIR.

Singh in his message to Rhea at 12.34 p.m. on November 29 last year asked her to share the details of his son's treatment. 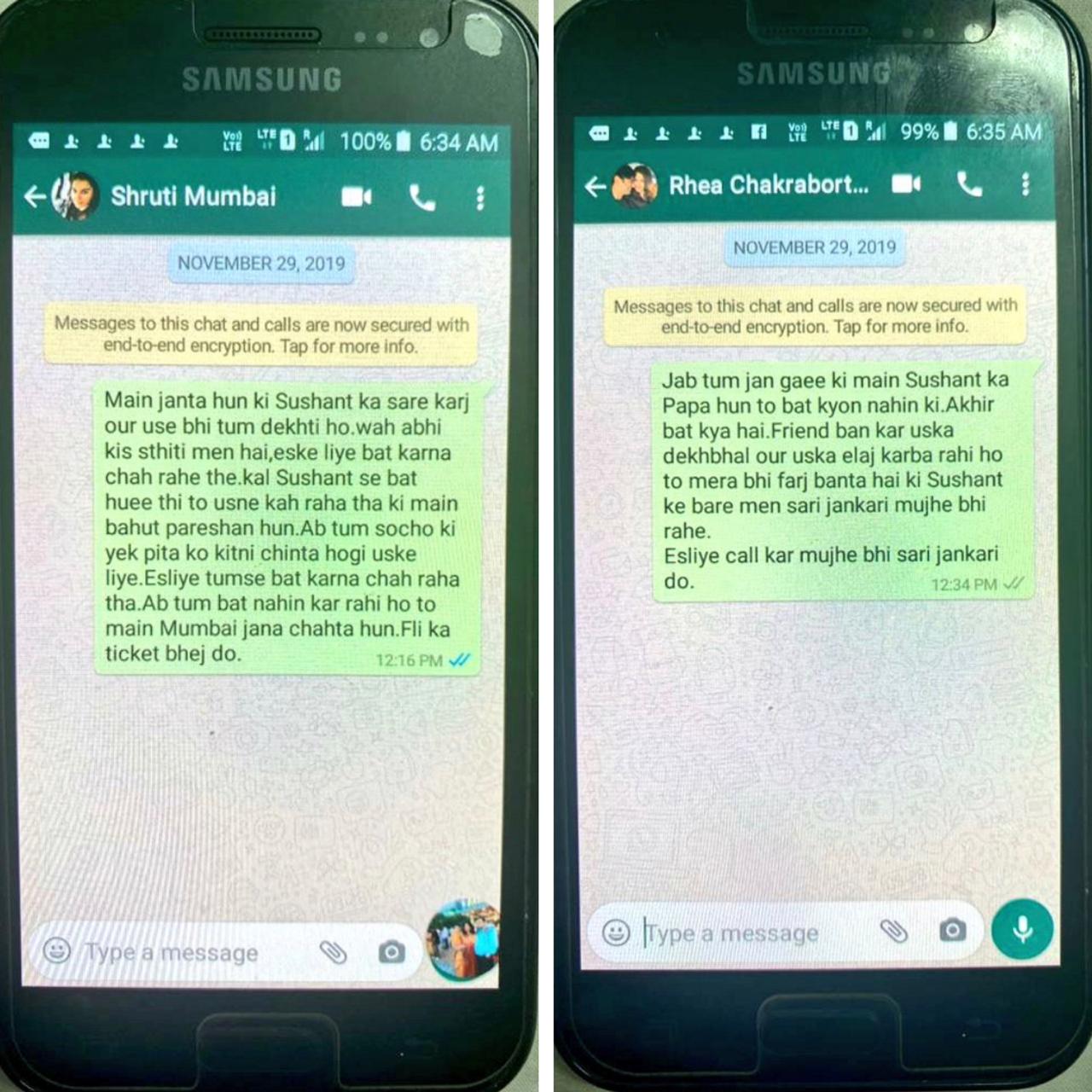 In the message to Rhea, Singh said: "Jab tum jan gaee ki hum Sushant ka papa hun to baat kyu nahi ki. Aakhir baat kya hai. Friend bankar uska dekhbhal aur uska elaj karba rahi ho to mera bhi farj banta hai ki Sushant ke bare me jankari mujhe bhi rahe. Esliye call kar mujhe bhi sari jankari do (When you have come to know that its Sushant's father then why don't you speak to me. What is the reason. If you are getting Sushant treated being a friend then it is also my responsibility to know the details. Therefore call me and share all the information)." The revelations come in the backdrop of regular questioning of Rhea and her family members besides Modi, and others associated with Sushant by the ED.

The CBI on Monday visited the Faridabad home of the late actor's brother-in-law, O.P. Singh, who is a top police officer in Haryana. They recorded the statement of Sushant's father and sister in connection with the case.

According to the Central Bureau of Investigation (CBI) sources, the family members have claimed that Sushant's death was not suicide but a murder. However, the CBi officials remained tight lipped on the development.

The father had also tried to contact Modi, on the same day he whatsapped Rhea, November 29, asking her to book a flight ticket for Singh so that he could come to Mumbai.

"Ab tum socho ki ek pita ko kitni chinta hogi uske liye. Esliye tumse bat karna chah raha tha. Ab tum bat nahi kar rahi ho to mai Mumbai jana chahta hu. Flight ka ticket bhej do. (which roughly translates into 'I know you handle the expenses and other things of Sushant, and it was the reason why I wanted to speak to you. Wanted to know in which condition he is in. Yesterday I spoke to Sushant and he said that he was troubled. Now you can imagine being a father, how worried I must be for my son. It was the reason why I wanted to speak to you. And now when you are not speaking then I want to come to Mumbai. Send the flight ticket)." The ED has recorded the statement of Rhea, her brother Showik and father Indrajit on Monday. Till date the ED has questioned Rhea twice, her brother's Showik statement thrice and her father Indrajit once.

For the first time on Tuesday, the ED has called Sushant's sister Mitu Singh to record her statement with the agency. A top ED official said that Mitu Singh will be recording her statement later in the day.

Shruti Modi on Tuesday morning again joined the ED probe. She has been questioned by ED twice earlier.

The ED had on July 31 registered a case on the basis of a Bihar Police FIR on his father's complaint that Rs 15 crore was withdrawn or transferred from his son's Kotak Mahindra Bank account.

The ED had registered a case under the Prevention of Money Laundering Act (PMLA) against Rhea and her family members. Sushant's father has accused Rhea of taking money from his son and also threatening to disclose his medical reports to the media. The late actor's family has also accused her of keeping him away from them.

The case was transferred to the CBI from the state police on August 6.

On Monday, Rhea had moved a fresh plea in the Supreme Court, complaining that the media was unfairly holding a trial and pronouncing her guilty. She also urged the top court to ensure that she is not made a scapegoat of political agenda in the wake of the Bihar elections scheduled later this year.

The plea also said that she had no objection if the court referred the matter to the CBI. The apex court will be hearing the matter again on Tuesday. IANS