Sushmita Sen says, ‘I came close to getting married thrice, all three times God saved me’ : The Tribune India

Sushmita Sen says, ‘I came close to getting married thrice, all three times God saved me’ 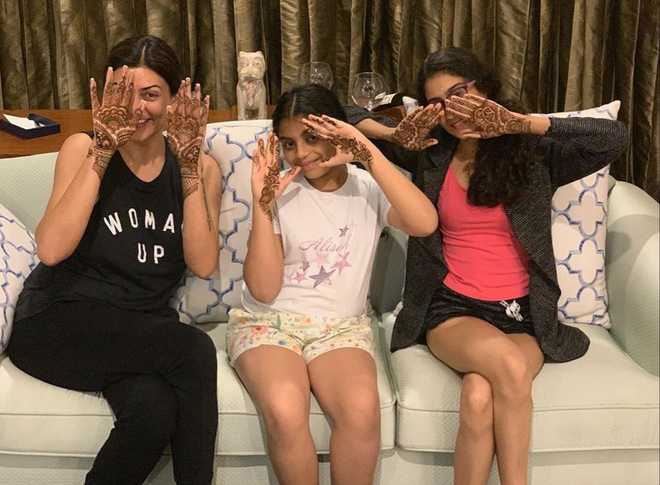 Sushmita Sen makes it clear that her kids are not the reason why she isn't married. File photo

Sushmita Sen is a proud mother of two adopted daughters Renee and Alisah. She flaunts them and the three share a beautiful bond. In her latest interview, the actress made it clear that her daughters have nothing to with her not being married. Whoever thought her two daughters could have been a reason behind her failed relationships, the former Miss Universe says, if anything, they have been gracious towards people in her life.

Sushmita Sen, who made her acting comeback with web series Aarya, told Hindustan Times that she came close to getting married thrice, and all three times ‘God saved’ her.

After almost three years of relationship with boyfriend Rohan Shawl, Sushmita recently broke up with him. While the two often react to each other’s social media posts, she hasn’t spoken about him again.

When it comes to her children, Sushmita told Twinkle Khanna in a Tweak India interview, “I don’t want anybody to come and share the responsibilities but never try and ask me to step away from it.”

So, why has Sushmita not gotten married? She shared, “Luckily I met some very interesting men in my life, the only reason I never got married is because they were a let down. It had nothing to do with my kids. My kids were never in the equation. If at all, they have been very gracious. Both my kids have accepted people in my life with open arms, never made a face. They have given everybody equal measure of love and respect. It's the most beautiful thing to watch."

She added, "I came close to getting married thrice, all three times God saved me. I can't tell you what disasters followed with their respective lives. God protected me, also because God is protecting these two kids, he can't let me get into a messy affair."