A remake of German hit 'Run Lola Run', the film will premiere on February 4 on Netflix 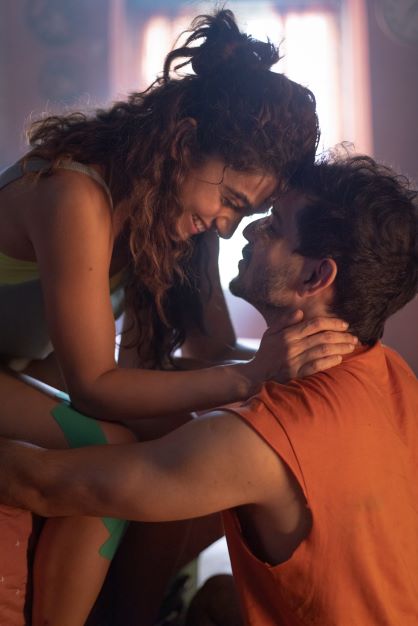 A still from the Netflix film 'Loop Lapeta'.

In its new first trailer, 'Looop Lapeta' takes you on an eventful journey as Savi (Taapsee Pannu) tries to save her 'useless boyfriend' Satya (Tahir Raj Bhasin) when he loses cash belonging to a mobster. Savi races against the clock to save the day — if only she can make the correct choices as Satya’s freedom depends on it.

Directed by Aakash Bhatia, 'Loop Lapeta' and will premiere on February 4, on Netflix.

Taapsee Pannu, playing the role of Savi said, “Looop Lapeta is a film that will always be very close to my heart. I fell in love with the characters and the story the moment I read the script. The film is about the choices that Savi makes and how her decisions carve out her journey with the one she loves. A perfect combination of comedy and thriller, 'Looop Lapeta' will keep you at the edge of your seat, while you rejoice at the comical situation that Savi and Satya have gotten into."

Expressing his excitement on the trailer launch, Tahir Raj Bhasin said, “I am so excited to have my second project release with Netflix within a span of one month and to now begin the adrenalinE rush of Satya and Savi’s rollercoaster ride against time. Their electric chemistry will make you laugh, cry and leave you on the edge through the consequences of the couple’s wild choices.”

Talking about his debut feature film - 'Looop Lapeta' director Aakash Bhatia said,“I am enthralled to share a peek into the world of 'Looop Lapeta'. I’m hoping that this makes for a thrilling and enjoyable ride for the viewers. My approach has been to experiment with form and style while navigating through this time-twisting journey, and also to tightly hold on to the emotional core of our story and characters. Taapsee and Tahir lead an ensemble of fantastic performers in our show of sound and visuals.”

The film is an adaptation of Tom Tykwer's celebrated German cult classic ‘Run Lola Run’ and the directorial feature debut of Aakash Bhatia. Produced by Sony Pictures Films India and Ellipsis Entertainment along with Aayush Maheshwari, 'Looop Lapeta' is an entertainer that brings together the elements of comedy, thriller and romance, all in one film.