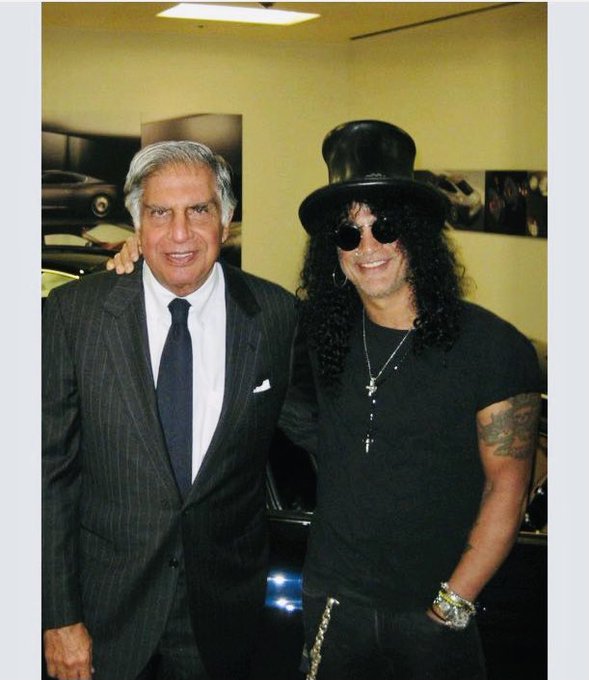 ‘Two Legends in one frame’, Ratan Tata shared an image of him posing with Guns N' Roses star Slash.

Taking to Instagram, the Chairman Emeritus of Tata Sons shared an old photo recalling the time when he met the famous band’s guitarist, Slash.

He said he met the artiste at Galpin Jaguar, in Van Nuys, California, during one of his retail outlet visits, he described the musician as a “very polite rockstar”.

“The Day I visited Galpin Jaguar on one of my retail outlet visits, I was excited to meet this gentleman from Guns N’ Roses who was taking delivery of his new Jaguar XKR. A very polite rockstar, Slash. Clicked by Brian Allan,” he wrote while sharing the image.

“Wow !! This is too cool!” Ranveer Singh wrote while reacting to the picture along with two heart eyes emojis.

“Wow !! This is too cool!” Singh commented on Instagram reacting to the picture. “Dopiest picture i saw today," another user wrote.

This is so so so so cool! Two Legends in one frame! ❤️