Tiger and Pathaan together in biggest actioner? Shah Rukh Khan-Salman Khan reportedly team up for Aditya Chopra’s next 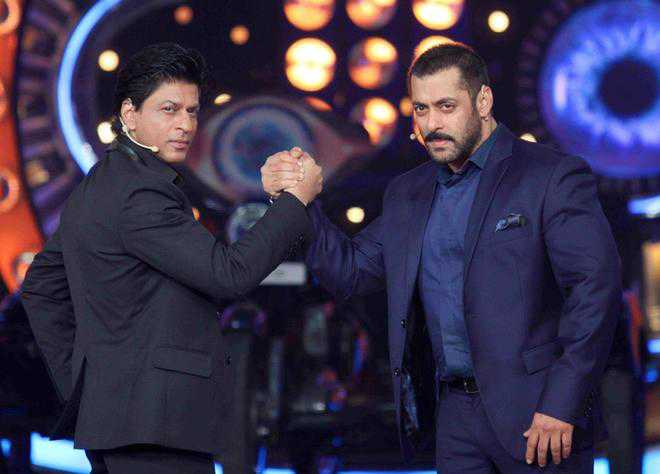 Shah Rukh Khan and Salman Khan to reportedly work together in Aditya Chopra's next. File photo

Ever since the news broke that Salman Khan will have a cameo in Pathaan as Tiger and Shah Rukh Khan too has a special appearance in Tiger 3, fans have been super excited. Both the movies are being produced by Yash Raj Films.

The latest buzz that has taken the internet by storm is that that Aditya Chopra is considering to expand the spy universe and his next big actioner will have Shah Rukh Khan and Salman Khan together in it.

According to a Pinksvilla report, Aditya Chopra is planning to pan out a full-fledged film with the two super stars. A source told the entertainment portal, “Aditya Chopra plans to take things to the next level by mounting a two hero action spectacle featuring Tiger and Pathaan. It would be the first proper 2 hero collaboration for the two mighty Khan since the release of Karan Arjun (1995). Adi has been working on this idea for a while now and he will be extensively working on the script, screenplay and dialogues."

The report further stated that this biggie might go on floors by 2023 end or by the beginning of 2024. The source added, “Both SRK and Salman have kept their bulk dates vacant in the tentative period and the exact logistics will be locked once a combined narration takes place later this year. The director is also undecided, however, the entire creative control on the writing front is by the head of YRF - Aditya Chopra. He is keeping everything close to his chest at the moment."

The actor also said that he and Salman have not done a "full-fledged film" together besidesKaran Arjun. He said, "We haven't done a full-fledged film together apart from Karan Arjun, which also was not full-fledged as we were not together in it for too long. So, we get to work four-five days in a year sometimes. Last two years have been fantastic as I got to be in one of his films. I had a couple of days role with Kabir Khan. And he came inZeroand did a song with me. Now, inPathaanI don't know if this is a secret but inshallah, I will try to beTiger 3also. So, it is great fun working with him."