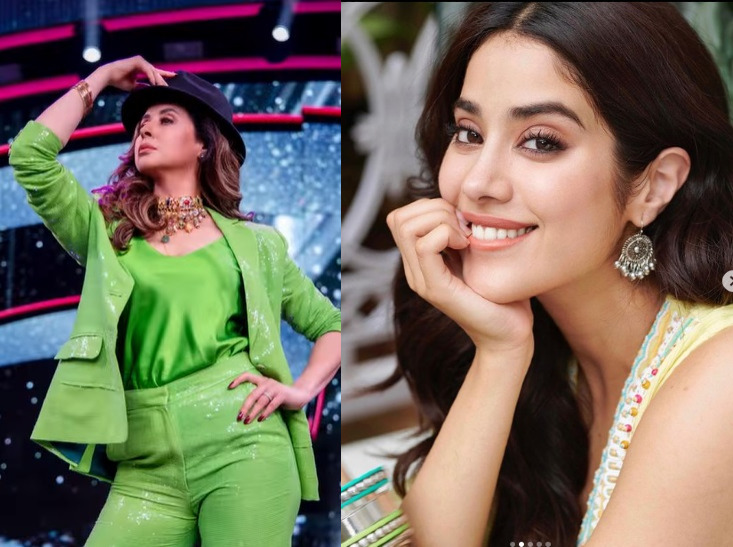 Actress Urmila Matondkar has said that she shares a connection with actress Janhvi Kapoor, courtesy her late mother Sridevi, on the dance-based reality show "DID Super Moms".

While all the Super Moms put their best foot forward, it was Sadika Khan and her choreographer Vivek Chachere's performance to "Sapna Jahan" that grabbed everyone's attention. Their act about Sadika's pregnancy journey left everyone spellbound and emotional.

The contestant's performance reminded Urmila of the time when a pregnant Sridevi was shooting for "Judaai".

Urmila said: "Sadika, I must say that you have beautifully showcased the whole journey of your pregnancy in a very graceful manner, but the real hero of this act was your daughter - Maera.

"I think this act was complete only because of her presence. In fact, this is the same thing I was discussing with Janhvi when I met her outside the set. I remember, when I was shooting with Sridevi Ji for one of the songs in our film - 'Judaai', she was pregnant with Janhvi at that time."

Urmila added: "We spoke about having a connection even before she was born, and I must say it was a really heartwarming moment for us to reconnect about it. Similar to Sridevi Ji, you have also danced with your daughter, and I wish your life is filled with lots of love and happiness going forward."

A glimpse from the show:

"Judaai", which released in 1997, stars Anil Kapoor, Sridevi and Urmila Matondkar. A remake of the 1994 Telugu film "Subhalagnam", the plot revolves around the travails of a greedy wife Kajal, who, lured by wealth, convinces her husband to marry a second time. It became the eighth highest grossing Indian film of 1997.