Locks September 7 for its theatrical release 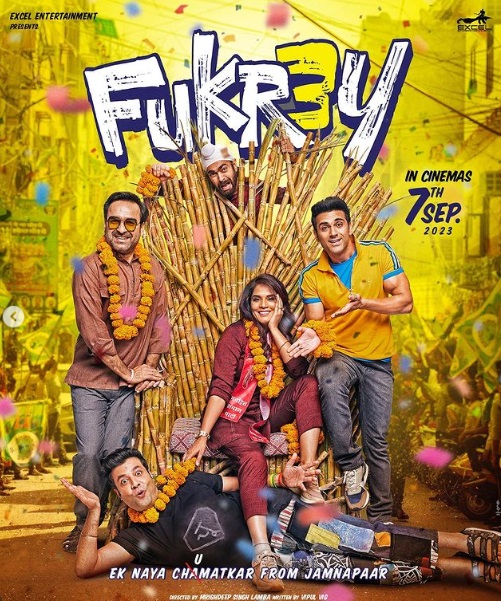 The third part in the hit comedy franchise “Fukrey” will be released in theatres on September 7, the makers announced on Tuesday.

Ritesh Sidhwani and Farhan Akhtar's Excel Entertainment shared the release date of "Fukrey 3" on Twitter along with the film's official posters.

Varun Sharma also shared the posters of the movie with the release date.