It’s a biopic on freedom fighter Sardar Udham Singh, who assassinated Michael O'Dwyer, the former Lieutenant Governor of Punjab in British India in 1940, to avenge the 1919 Jallianwala Bagh massacre 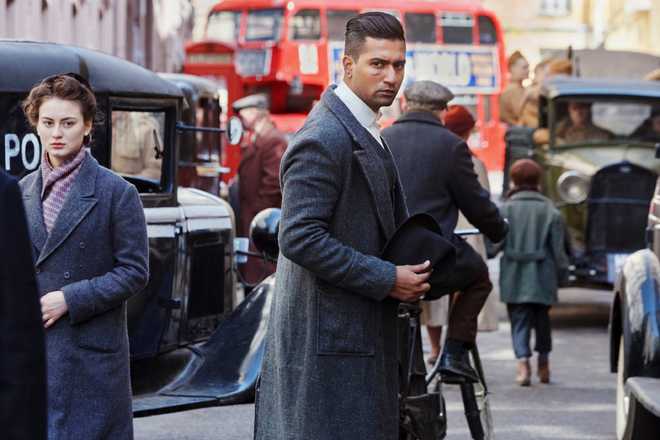 A biopic on freedom fighter Sardar Udham Singh, who assassinated Michael O'Dwyer, the former Lieutenant Governor of Punjab in British India in 1940, to avenge the 1919 Jallianwala Bagh massacre, the film will digitally release in October.

Said to be a "heart-wrenching story of retribution", "Sardar Udham" showcases the journey of a gallant man who made sure the world never forgets the lives of his beloved brethren who were brutally killed in the Jallianwala Bagh Massacre of 1919.

Vicky Kaushal took his Instagram handle to break the news of release. He wrote, “My heart is filled with love as we bring to you the story of a revolutionary. This October, watch #SardarUdhamOnPrime.”

Prime Video too shared the same picture on its Istagram and captioned it, “You know the man but not his story. Bringing to you the story of India's freedom fighter, this October, watch #SardarUdhamOnPrime.”

As the streaming giant announced the news, Vijay Subramaniam, director and head, content, Amazon Prime Video, India, said, “With every story that we present on Amazon Prime Video, we ensure that the narrative is replete with emotions and depth that finds a place in the heart of every viewer.”

Talking about the film, he added, "Continuing a great partnership with Rising Sun Films, we are proud to present Sardar Udham, a stirring story of courage, fortitude and fearlessness, from the buried treasures of our history and culture.”

It was important to narrate the heroic story of Sardar Udham Singh to the world, he said. "We are certain that our viewers across the spectrum will be inspired by this film that honours the life of one of the greatest martyrs in Indian history, whose profound and heart-wrenching sacrifice avenged the death of many innocents," Subramaniam said.

Producer Ronnie Lahiri believes "Sardar Udham" showcases and acknowledges the freedom fighter's "patriotism and deep-rooted, selfless love for his motherland". "Two decades worth of research and understanding has been put by the team to present this untold story. Vicky has worked tirelessly to bring out the real essence of Udham Singh's myriad emotions throughout his life's journey. We are glad to continue our prolific collaboration with Amazon Prime Video and are thrilled to share this historical epic story with a global audience," the producer sufficed.

With inputs from PTI