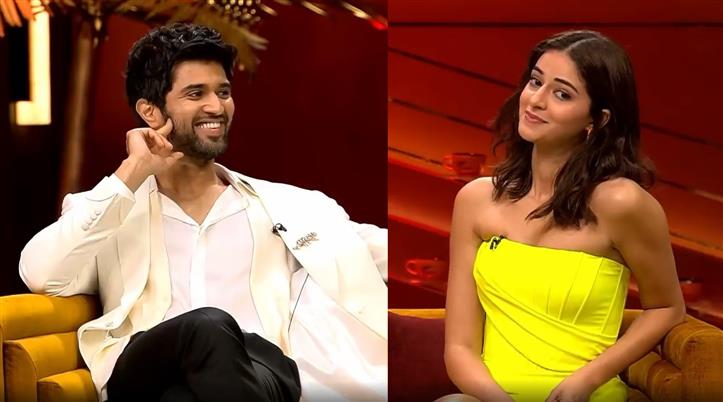 Telugu star Vijay Deverakonda and his Liger co-star Ananya Panday will be seen as the guests in the upcoming episode of 'Koffee With Karan', which promises a laugh riot and some eyebrow raising moments.

In a teaser clip for the show, Karan is first seen teasing Vijay and asking him whether or not he likes 'cheese'. For those who don't know, in the third episode, actress Sara Ali Khan mentioned that she would like to date Vijay. The Telugu star was tagged as 'cheese' in banter.

Karan then asks Ananya about 'what's brewing' between her and actor Aditya Roy Kapur.

The conversation then moves to Vijay, who is asked when was the last time he had sex, to which he replies 'Abort'.

Vijay then makes a revelation that he has "done it in a car" and says: 'desperate times'.

Rise of India linked to rise in technology: EAM