Vijay Varma spent a lot of time in 'agony' for 'Darlings' : The Tribune India

Vijay Varma spent a lot of time in 'agony' for 'Darlings'

Negative roles give a window to actors to explore the psyche of a considerable part of our society, he says 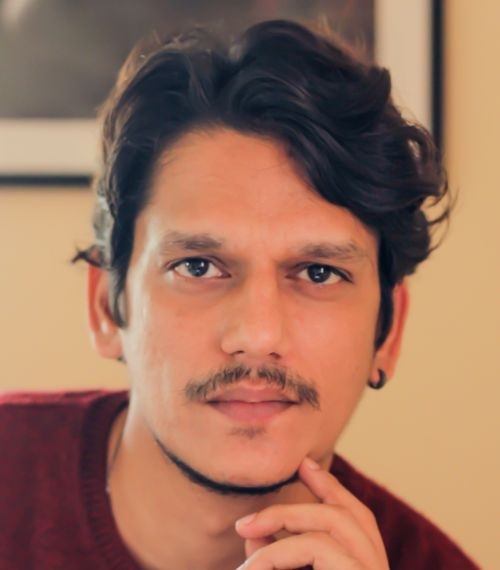 Actor Vijay Varma, who has become the 'Darling' of the audience with the release of his recent streaming movie 'Darlings', shared that he spent a lot of time in agony while the filming was underway.

When asked if negative or grey characters come to him naturally, Vijay told IANS, "Playing grey or negative characters doesn't come naturally to me. For 'Darlings', I spent a lot of time in agony. There were three women on set and we were as a team cooking up ways to kind of deal with a certain relationship between Badru and Hamza." But, Vijay said that negative roles give a window to actors to explore the psyche of what forms a considerable part of our society, "Having said that, playing a negative character does bring along the opportunity for an actor to tap into a certain kind of personality types that probably exist a lot in the society that we live in."

"I feel if a few households resonate with the kind of work we have done in darlings then it's a job well done", the actor said with a sense of hope.

The medium of OTT has given new life to actors, the absence of the pressure related to opening day box-office figures and the longer shelf-life of the content is comforting to say the least.

When asked if working in the medium of OTT is liberating, Vijay responded by saying, "I never had to face the pressure of the opening day figures though I have been part of films where good opening mattered and they went on to collect good money but it was never in an effect that it would bother me or my job."

The actor is particularly impressed with how content on streaming platforms transcends physical boundaries, "What I found fascinating about streaming medium, is how quickly it reaches the audience. To this day I get messages from people in Turkey, England and places where earlier we couldn't imagine our content was being played." "The moment a film or a series drops on a streamer, it spreads across the globe. That's what is fascinating to me as a creator person and an actor", he added.