The motion poster of the film was unveiled today 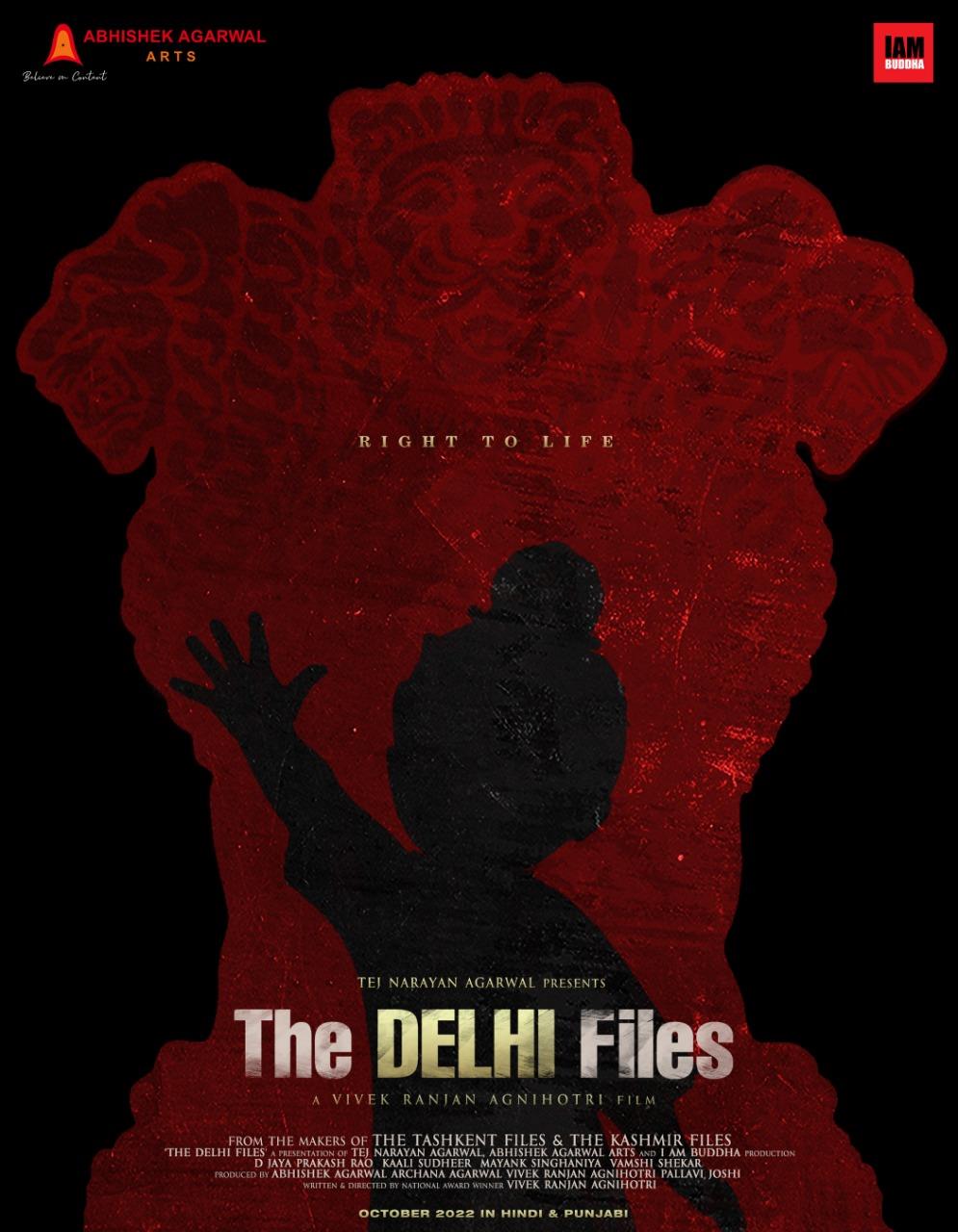 Poster of the film.

After the clutter-breaking, hard-hitting and successful ‘The Tashkent Files’, The Abhishek Agarwal Arts & I am Buddha Production have announced their next big project. Titled ‘The Delhi Files’, its motion poster was unveiled today.

A Sikh kid can be seen in the poster on the Emblem of India logo that is coloured red, indicating the film will deal with another compelling tale of a dark and unread chapter from Indian history.

Here's the motion poster for you to watch:

Happy to announce the last & the boldest of the trilogy:

The film is creating a buzz on the internet. Trade Expert Taran Adarsh tweeted:

Tollywood’s popular Production House Abhishek Agarwal Arts have indeed picked a controversial subject for their maiden Bollywood project. Talking about it, producer Abhishek Agrawal shares, "We are really excited to announce our film 'The Delhi Files'. The film also completes our trilogy of films that depict the untold stories from India. What makes it even more special is that we are planning to make it bilingual - in Hindi and Punjabi, so that it reaches a larger audience and it amplifies our message. We are grateful for the love and blessings we are receiving on the announcement and hope that we get the same love until the release."