Was Salman Khan to buy Shah Rukh Khan's 'Mannat'? Know how father Salim Khan got him to change his mind

The sea-facing bungalow is reportedly worth Rs 200 crore 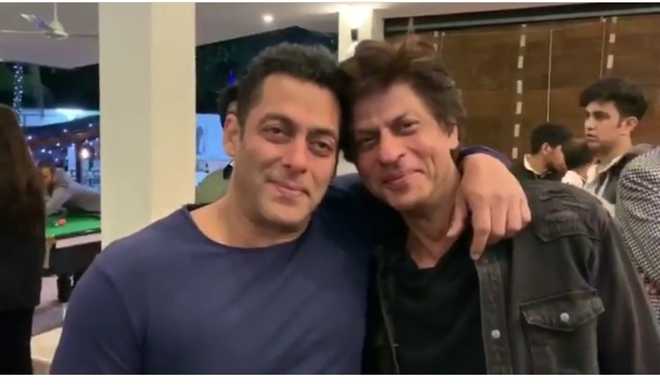 Shah Rukh Khan’s luxurious abode ‘Mannat’ in Mumbai is one of the most-visited places of the tinsel town. The iconic sea-facing bungalow in Bandra has fans coming in numbers from all across the world to soak in its grandeur or with a hope of getting a glimpse of the ‘Baadshah’.

But did you know that this royal abode of the actor was once on the radar of Salman Khan.

In an old video that has resurfaced on social media, Salman revealed during an interview that he was offered the iconic property first.

During the interview with Bollywood Hungama, Salman was quizzed about the one thing he wished he had that Shah Rukh had. Salman spilled out Shah Rukh’s bungalow in a split second.

“One thing that Shah Rukh Khan has, you wished that you had?” Salman said, “That bungalow of his.” The host repeated, “Mannat?” The actor said, “Yes!”

He also revealed that he was offered the property first but he turned it down after his father, Salim Khan, changed his mind. He said his father wondered what he would do in such a big house.

“But it had come to me first, when I had just started off. My dad said,  ‘Itne bade ghar mein tum karoge kya?’”

Salman concluded the discussion by saying, “And now I want to ask Shah Rukh what he does in such a big house?”

Located in Mumbai’s Bandra, the six-storey building is home to Shah Rukh, wife Gauri, and their three kids - Aaryan, Suhana and AbRam. Mannat reportedly is said to be worth Rs 200 crore. Shah Rukh had confessed to it being one of his most-valued possessions. No wonder the beautiful mansion sways everyone who sees it.