Watch: Has Sushmita Sen adopted a baby boy after daughters Renee and Alisah?

There has been no confirmation from the actress yet 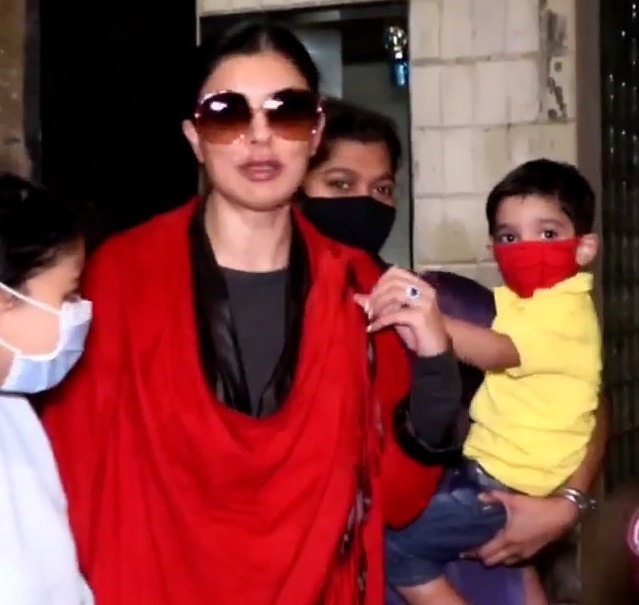 A screengrab from the viral video. Instagram/viralbhayani

Ever since her breakup with ex-boyfriend Rohman Shawl, bollywood actress and former beauty queen Sushmita Sen has been in the news. This time around, there are speculations that Sushmita has adopted her third child, a baby boy after Renee and Alisah. On Wednesday evening, she was spotted by the paparazzi with her two daughters and baby boy dressed in yellow. Dressed in a black t-shirt and blue denims, she styled her look with a red cape that had black tassels.

A video of the family has gone viral and there have been rumours that the boy in the video and pictures is Sushmita’s son. Even paparazzo account Viral Bhayani has shared the video with a caption the reads, “Meet #sushmitasen little son.”

But there has been no official confirmation from the actress herself.

She recently announced her split with Rohman Shawl, whom she dated for two years. She shared a picture with Rohman on social media and confirmed their breakup. Sushmita said, “We began as friends, we remain friends!! The relationship was long over…the love remains!! #nomorespeculations #liveandletlive #cherishedmemories #gratitude #love #friendship.”