Watch 'Kapil Sharma: I’m Not Done Yet' trailer; Ginni Chatrath roasts Kapil, calls him garib and that's why she married him

Kapil Sharma gets nostalgic and personal in the trailer 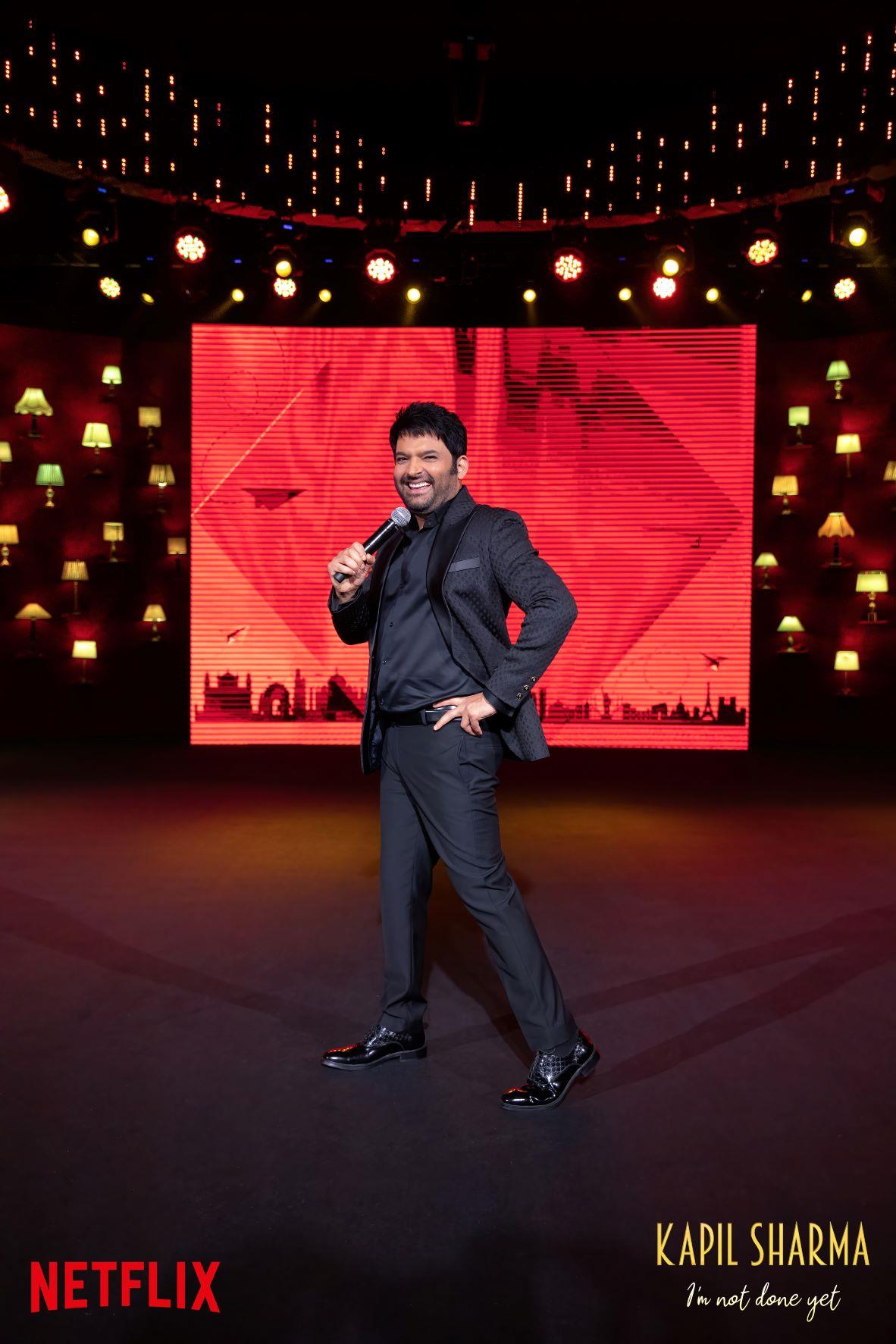 Kapil Sharma debuts on Netflix with 'I'm Not Done Yet', trailer out.

Kapil Sharma’s Netflix show ‘I’m Not Done Yet’ trailer is out and it’s straight from the comedian’s heart. Kapil reminisces about his past, opens up about his family, his social media missteps and his love for music and theatre, all while he entertains the viewers.

In the trailer, Kapil picks nuggets from his life and cracks jokes. Beginning with his hometown Amritsar, which he jokes is known for three things- the Wagah Border, the Golden Temple and the kulche chole vendors. He says they are afraid that someone will someday just come and announce a ban on kulchas, ‘Mitron…’ he adds and the viewers laugh.

Poking a joke on his wife and kids, Kapil mentions ‘I’m not done yet’ is a line that is relevant to his life. Sharing an anecdote, the comic says when he was practicing this line in front of the mirror at home, his wife Ginni threw a pillow at him and shouted, “We’ve had two kids in a year and a half, what's your plan?” Ginni, who is spotted in the crowd, with Bharti Singh sitting next to her, laughs.

In another banter on life, Kapil shares, “My dad told me about making a house, sister’s marriage. But I know with whom I wanted to settle down. That’s Ginni, my wife.” He asks Ginni, “Ek scooter wale ladke se kya sochkar pyaar kia (What made you love a scooter owner)?" Ginni replies, “Well, I thought that everyone falls for a rich man. Maine socha is gareeb ka bhala kardu. (I thought let me do some charity for this poor guy." Ginni’s remark leaves Kapil speechless while Bharti cracks up.

Watch the trailer below:

Kapil also revisits his drunk tweet to a politician and all the one time when the controversial tweet was from ‘Jack Daniels’ and not him, and the one that was ‘Absolut’ his, but how one shouldn’t ‘Black Label’… oops “black list an artist for small issues”.

With the trailer of this upcoming Netflix stand-up special, long-time fans will see Kapil bare his soul as he talks about his desire to keep reinventing himself, pushing his creative genius and openly admitting that He’s Not Done Yet.

Witness his trademark banter as he pairs humility with refreshing honesty!