The makers of 'Brahmastra' have released the 'Kesariya Dance Mix' 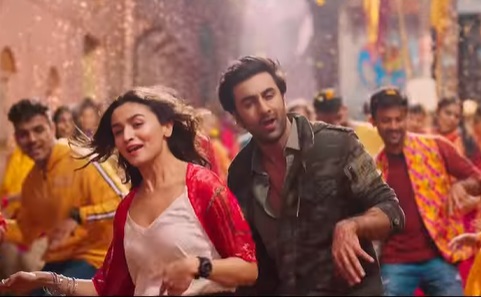 Taking to Instagram, director Ayan Mukerji shared a glimpse of the song which he captioned, "KESARIYA (DANCE MIX) Here We GO...!!!Video Out Now!!! Happy Weekend, Everyone !."

In the video, actors Ranbir Kapoor and Alia Bhatt could be seen dancing on the streets of Varanasi.

Director Ayan Mukerji previously revealed that 'Kesariya Dance Mix' was the original version that the makers shot for the film, but due to the script's demand Ayan Mukerji converted the groovy version into a romantic track and the makers went for a reshoot.

The film gathered positive responses from the audience and collected over Rs 300 crore gross worldwide at the box office.

Recently, the makers also unveiled the romantic track 'Rasiya' which received a lot of appreciation.

Apart from that, Ranbir will be next seen in director Luv Ranjan's untitled romantic comedy film alongside Shraddha Kapoor and in director Sandeep Reddy Vanga's next gangster drama 'Animal'.

Alia, on the other hand, will be next seen in Karan Johar's next directorial 'Rocky aur Rani Ki Prem Kahani' alongside Ranveer Singh, Jaya Bachchan and Dharmendra.