The show has Karan Johar, Mithun Chakraborty and Parineeti Chopra as its judges 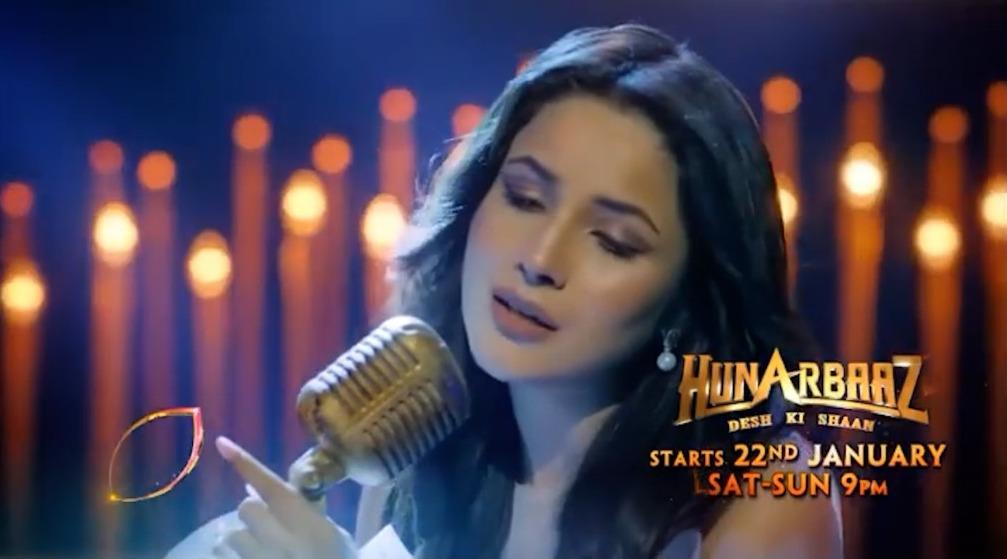 Shehnaaz Gill in a screengrab from the promo of the show, 'Hunarbaaz-Desh Ki Shaan'. Instagram/colorstv

Looking ethereal in a white dress, Shehnaaz is singing Ranjha, a song from 2021 film ‘Shehrshaah’. In the promo, she also talks about a talent that gives her happiness and brings peace.

Watch Shehnaaz Gill in this promo:

Posted on Colors TV social media handles, the promo went viral in no time. Shehnaaz’s fans are excited to see her in the promo. Pouring their love for the actress, they left comments such as, “"You are beautiful in every single way. Words can`t bring you down,” How just seeing a video of Shehnaaz Gill makes everyone happy,” “Keep growing and keep shining my star #ShehnaazGill,” “Look how elegant she is looking. Her grace is unmatched!”

#ShehnaazGill is looking So pretty 😍 !
A beautiful woman delights the eye; a wise woman, the understanding; a pure one, the soul #ShehnaazGill #SidNaaz #SidharthShuklaLivesOn pic.twitter.com/T6YSxdhhrV

the strength and power she holds. much much more to come Shehnaaz, ilysm, always got your back. 🥺🤍✨#ShehnaazGill #HunarbaazShehnaazKeSath pic.twitter.com/vRi0MBVPQW

PROUD..U went thru d lowest phase of ur life n cme out stronger..If u R nt INSPIRING den I wonder who is..Take a bow..R Siddy boy wud b d happiest up der n will b cheerin 4 u like v r in every step of ur journey..Sid ke style mein..Kya baat kya bt kya bt #ShehnaazGill ❤️ pic.twitter.com/ICbzzUrzOa

Here's a glimpse of the show:

Earlier in a statement, Parineeti said, “I have always loved being on stage and interacting with a live audience and I was aware that reality television shows would give me the chance of meeting people from parts of India whom we don’t get to interact with easily and hear their stories. I would get offers to be a part of reality shows but none of the shows felt right, this is the show which felt right as it gave me the scope to do both of these things.”

A look at Parineeti Chopra on the show:

Hunarbaaz- Desh Ki Shaan will premiere on Colors TV from January 22 onwards. The show will air on Saturday and Sunday at 9 pm.