Watch: Sunny Leone didn't care about how she will look, her focus was being the character in Quotation Gang : The Tribune India

Watch: Sunny Leone didn't care about how she will look, her focus was being the character in Quotation Gang 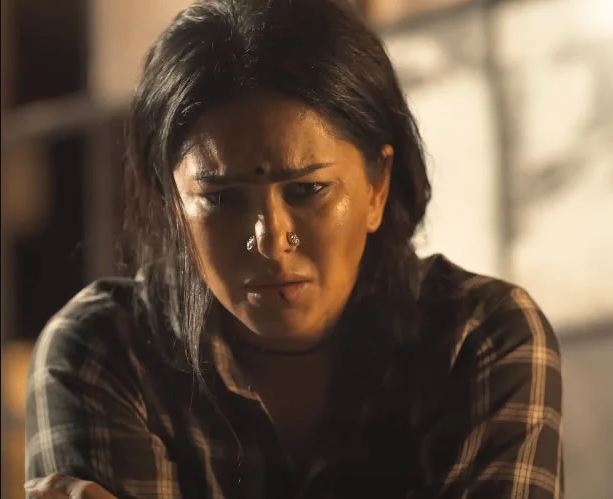 Sunny Leone in the teaser of Quotation Gang. Instagram/sunnyleone

Ditching make-up, actress Sunny Leone decided to go de-glam for her role in the upcoming crime-drama 'Quotation Gang', directed by Vivek K. She said she didn't want to compromise on the director's vision.

Sunny and her make-up artist worked extensively with the director in creating basic looks for her character. After cracking the genesis of the character and her backstory, the team put together some options. It is a raw part and Sunny didn't want to compromise on the authenticity.

The actress said: "The film's DNA is such that it hinges on its authenticity. I didn't want to compromise on the director's vision. I trusted the director completely. Now when I see the love our teaser is getting, I am glad that the power of his vision is getting its due." "Sometimes when the character has so much meat, you don't care about anything else. What matters is your performance. Once I stopped focussing on how I will look, I was able to be the character. I am grateful for the faith the director showed in me!"

Sunny shared the teaser on Instagram. Check it out:

Her make-up artist Richard Joseph said that the look is organically de-glammed.

"The focus feature was the unibrow and the scar on the lip. We tanned and warmed up Sunny's face. The character was supposed to be an unruly woman. So we created brows that are bushy and unkempt. We used real hair and cut them into finer strands to perfect that. We used prosthetic glue to apply it." He added that the look was created to fit into the character.

"There is a scar on the forehead that used 3D silicon pieces for continuity purposes. We used an old scab to get the lip cut. The eyes had a kohl pencil that was smudged and erased for a lived-in look. We got local tattoos on our necks. For the face, we de-glammed the face by getting something slightly cooler to achieve a warm look on the face." "A certain amount of cool tones were added to enhance the dullness of the skin. We wanted to bring out a tired eye. We created textures on the skin by using alcohol mediums so the makeup would remain longer. The lip was blurred to ensure that the bruise on the lip is visible. Overall the detanned face, the kohl eyes, and the lip bruise were the highlights of the look. We accentuated this with the bindi we used."