Bhediya is slated to hit the theatres on November 25 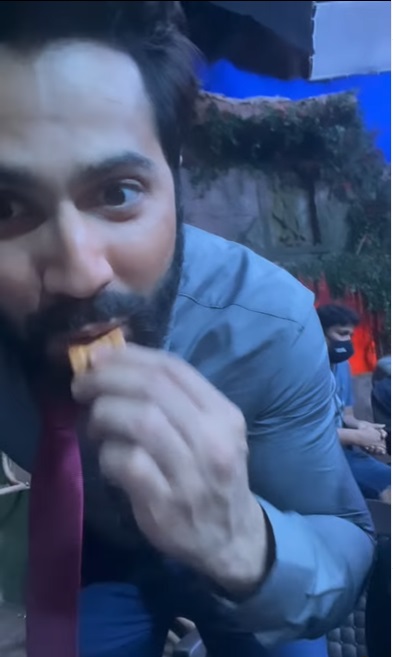 Bollywood actor Varun Dhawan, on Friday, shared a video of himself enjoying 'chai' on the sets of his upcoming horror comedy film 'Bhediya'.

Taking to his Instagram handle, the 'Jugjugg Jeeyo' actor treated fans with a new video.

Sharing the video, he wrote, "Chai loving on sets of #bhediya."

He even shared the reel on his Instagram Stories.

In the video, Varun can be seen dipping a biscuit in a cup filled with tea. He was heard saying Parle-G chai mein daal kar khaane ke maje hee kuchh aur hai. And at the end of the video, the actor howls like a wolf.

Helmed by Amar Kaushik, the horror comedy film 'Bhediya' stars Varun Dhawan, Kriti Sanon and Abhishek Banerjee in the lead roles and is slated to hit the theatres on November 25, 2022.

Meanwhile, apart from 'Bhediya', Varun will be also seen in an upcoming social drama film 'Bawaal' opposite Janhvi Kapoor.