What is Big B’s face doing on French salon ad? He is surprised too!

Amitabh Bachchan says ‘what on earth is the world coming to’ 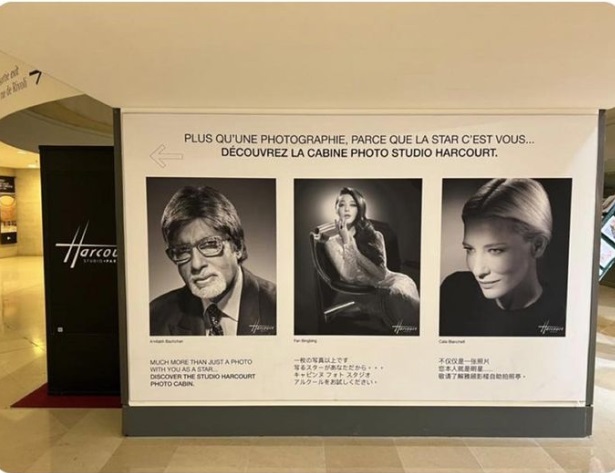 Amitabh Bachchan recently took to his Instagram to express amusement. The superstar was left surprised when he saw his photo being a part of a French salon's advertisement. The actor shared the photo of the salon's advertisement, which also features veteran actress Cate Blanchett, on Instagram. He wrote, "A surprise from one who was in Paris and saw a hairdressing salon showing my photograph...good Lord! What on Earth is the World coming to," followed by shocked face emoji.

Amitabh Bachchan has always been very active and interactive on social media. He is one of the very few actors from his generation who keeps his fans updated with his personal life and work on social media.

On the work front, Amitabh Bachchan will next be seen in Ayan Mukherji's 'Brahmastra: Part One Shiva' alongside Alia Bhatt and Ranbir Kapoor. The film is all set to release on September 9.

After 'Brahmastra', Amitabh Bachchan will be seen in Vikas Bahl's 'Good Bye' alongside Rashmika Mandanna, Neena Gupta, and Pavail Gulati. The makers of the film recently announced the release date - October 7, 2022.

Apart from these two films, Big B has also wrapped up his shoot for his upcoming project 'Uunchai' starring Parineeti Chopra, Anupam Kher, and Boman Irani. The release date of the film is still awaited.