When Madhuri packed a pile of theplas for US flight : The Tribune India

When Madhuri packed a pile of theplas for US flight 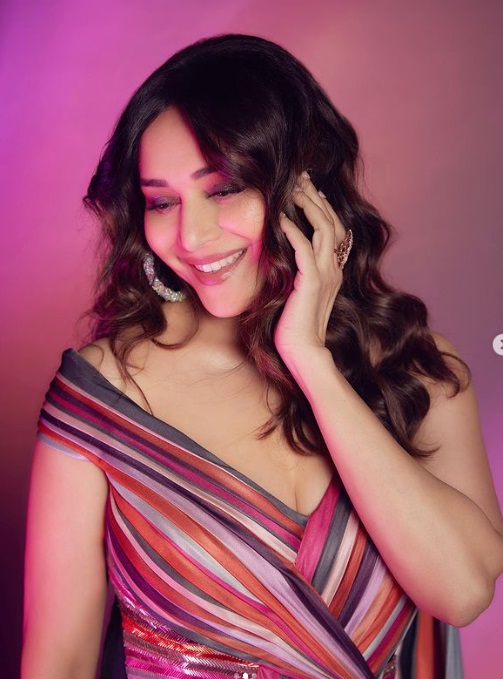 Actress Madhuri Dixit Nene loves Gujarati culture and has some proficiency in Gujarati language as a lot of her friends were from the community.

She shared with the media at the trailer launch of 'Maja Ma' that once she was told by someone that a particular airline has bad food on-board. Madhuri took a pile of theplas and sustained on them enroute her 16-hour flight to the US.

The song, 'Boom Padi' from the film is the first song where she will be seen doing garba although she has performed dandiya with Anil Kapoor in the 1991 film 'Pratikar'.

Director Anand Tiwari said that this is his second project with Prime Video after the success of 'Bandish Bandits'.