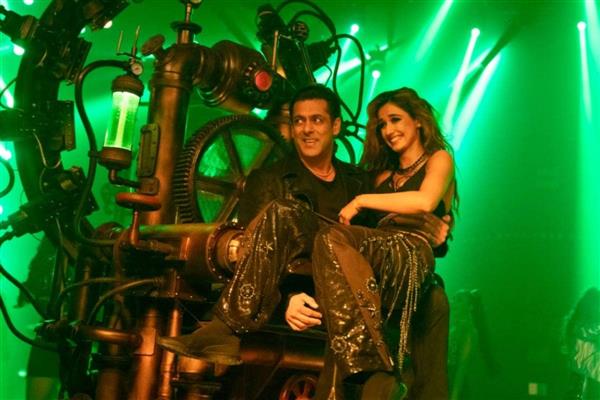 A still from "Radhe: Your Most Wanted Bhai". YouTube/ Screen grab

This comes after KRK had panned Disha's film Radhe: Your Most Wanted Bhai and even invited a lawsuit from her co-star Salman Khan.

While wishing Disha, KRK took another shot at Salman Khan.

"Dearest #DishaPataNahi @DishPatani wishing you a very happy birthday! You look so horrible with Buddha actors So pls work with #Tiger only!," he wrote, talking about Disha's frequent co-star and rumoured boyfriend Tiger Shroff.

KRK had said earlier that Salman filed a case against him for his unfavourable review of Radhe. However, the actor's lawyers clarified that the case was filed for the allegations of money laundering made against Salman by KRK.

KRK refused to apologise to Salman.

In a series of tweets, he said that he has received messages from over 20 Bollywood personalities, supporting him in this fight against Salman. "More than 20 Bollywood people have called me to give me their support. They said, that they were not able to do that whatever I am doing. Because they were not ready to have direct conflict with him. They were scared to make him their enemy. I say- Thank you all so very much!" he wrote. In a second tweet, he added, "Now I don’t care, what will be the result. But I will fight for all those people. I can’t allow so many people to get disappointed. I won’t break their trust."